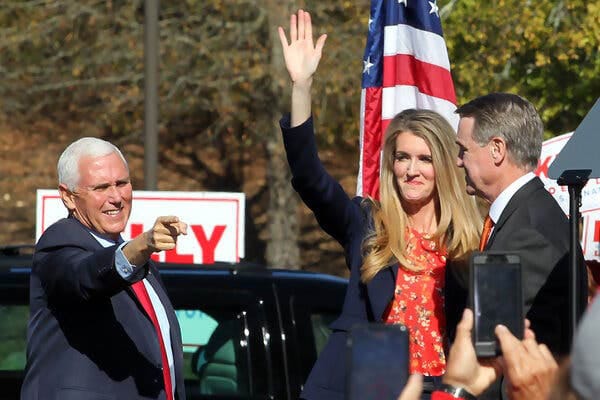 Newt and an all-star panel discuss all the details of the Georgia Senate Runoffs and if these results will be as controversial as the presidential election: “It’s a big decision and it all comes down to two things: will Republicans turnout and can they make sure that the votes are counted?”[vc_column_text][/vc_column_text][vc_separator][vc_column_text]

First, it’s extraordinary that I presume the secretary of state and one of his staff decided that three days before an election they would release a call from the President of the United States that they had taped ,which I assume he didn’t realize they taped, so that’s pretty weird by itself. It kind of fits how most Republicans in Georgia feel about the secretary of state – that he’s become an anti-Republican for reasons we don’t fully understand. The president behaved like the president. He thinks he’s been cheated, he thinks the election was false, he is deeply frustrated with the secretary of state and governor, he’s tweeted all of that. I suspect we find about 90% of that phone call in tweets over the last month or so, but the key for the election doesn’t have anything to do with this phone call. It has to do with to things: Will Republicans turn out and vote, and if they do vote, will their votes be counted accurately? That’s at the heart of what’s going to happen the next few days. It is an enormously important election, and I think this is just one more piece of the bizarre puzzle of the last couple weeks.

I agree with about 80% of what he said. This wasn’t the most clever call the president could have made. It wasn’t as helpful as it should have been, but the fact is, in the end, Georgians have to decide if they want to send the two most radical nominees in history as Democrats or do they want make sure that there’s two conservative Republicans who, in fact helped moderate the Biden administration because that’s about what’s to happen. It’s a big decision and it all comes down to two things: will Republicans turnout and can they make sure that the votes are counted? If they turn out, the odds are good that they’re going to win. In addition, with over 8,000 precinct workers now in the polls, they should be able to get an honest count. If that happens, they will win. If they don’t turn out then in the American system, they lost fair and square, and I think we need to be honest about that and realize how important Tuesday is and how much that will affect Wednesday and beyond.[/vc_column_text][vc_separator][vc_column_text]

More Newt in the News:

On Sale for the Holidays: