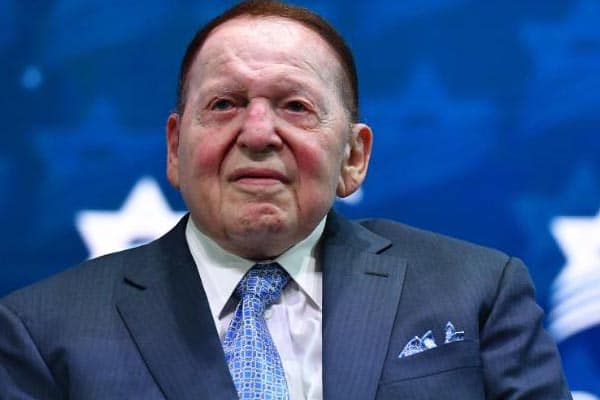 Sheldon Adelson, who was a remarkable entrepreneur, started out as a paper boy in Boston, worked his way up (ultimately ended up as one of the wealthiest men in America) and always fought for policies that would let other people have a chance to rise to do well. He also was incredibly close to Israel and Prime Minister Bibi Netanyahu. He and his wife, Miriam, were major investors in fighting drug trafficking, helping with drug rehabilitation, and in a medical research foundation that has amazing reach. This combined his entrepreneurial spirit with the best of science. He passed away today. He will be badly missed. He was one of the most important Republican supporters in the entire country in terms of his generosity and his commitment. He was a good friend to both Callista and me, and our prayers go out to Miriam and the family in the passing of Sheldon.