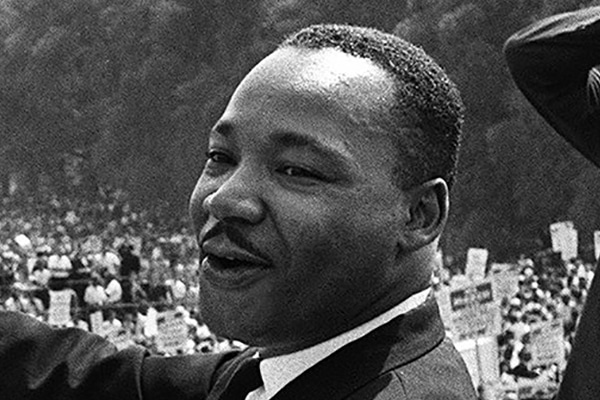 As families across America celebrate the life and work of Rev. Martin Luther King Jr. today, we thought it would be appropriate to include Newt’s floor remarks from the first bill he supported as a member of the US Congress in 1981.

That bill was H. Con. Res. 153, a bill to authorize the placing a bust or statue of Rev. King in the US Capitol. This was the first such memorialization of an African American on the US Capitol grounds in history. While it may seem unlikely today, in 1981, this was a hotly debated effort. Some in Congress took issue with some allegations about Rev. King’s behavior in life.

Newt was an ardent supporter of the effort to support the memorialization of Rev. King in the US Capitol. Below are his remarks from the floor of the US House of Representatives on Sept. 14, 1981:

Mr. GINGRICH. Mr. Speaker, I yield myself such time as I may consume.

For too long it has been possible for American schoolchildren who happen to be black to walk through a building in which they could see many white Americans honored, some Indians honored, even a Hawaiian chief honored, but despite black Americans who died in World War II, in Korea, in Vietnam and earlier wars, despite the commitment of black citizenry to make this a country in which freedom can stand, they have not been able to see anyone in this Capitol stand for them.

Whatever we may think in detail of Martin Luther King’s excesses, and all leaders of great movements share in excess, all leaders have moments which in history look dubious, the reality is that for black Americans Martin Luther King, Jr., is unequivocally the symbolic spokesman, the moment in history, the representation of the change from segregation to integration.

Whatever excesses on occasion he may have engaged in are long gone. The reality is in my State of Georgia black Americans vote who did not, black Americans now eat in restaurants who could not, black Americans have jobs who were not eligible, and black American young people are educated in schools they could not get into. In many, many ways that would not be true had it not been for Martin Luther King, Jr. That in the end is why he, rather than any other figure, is the symbolic choice of the black community, and why, if we are to have any sense of integrity in putting any statues or bust in the Capitol to represent our commitment to the black community, it has to be their choice, and not ours.