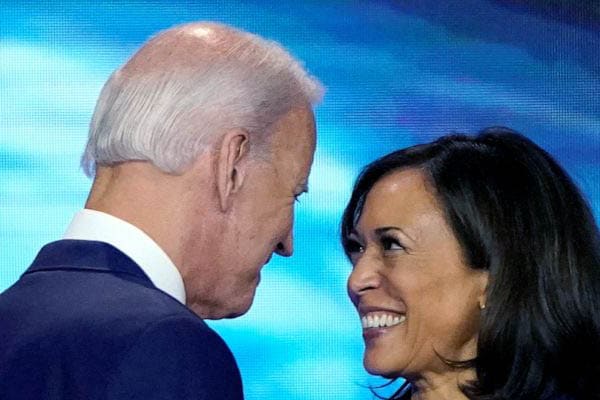 Every patriotic American should pray for the peaceful inauguration of President Joe Biden on Jan. 20.

This is an important day for drawing a line between the violence of the past year and the need for open dialogue and debate within a peaceful free society.

If we cannot tame the violence, it will lead to repression. We will lose more of our freedoms as people demand government action to ensure their safety and protection from criminals – from the right and the left.

We have faced threats to our freedom before.

President Abraham Lincoln urged at Gettysburg “that this nation, under God, shall have a new birth of freedom – and that government of the people, by the people, for the people, shall not perish from the earth.”

We now face a graver threat to our self-governance from internal, anti-freedom, anti-American forces than at any time since the Civil War.

We have had a long year of growing violence. Portland, Oregon saw more than 130 days of protests and rioting in 2020. City after city has had stores burned, neighborhoods damaged, and innocent people killed.

The culminating act of violence happened in the US Capitol itself. This event was so sobering to the country – and so frightening to the US House and Senate members whose lives were threatened – that it became an iconic moment.

While the politicians and the news media were deeply shocked by the Capitol attack (and as a former Speaker of the House, I immediately condemned the rioters and called for their arrest and imprisonment), it is important to remember that hundreds – potentially thousands – of small businesses have been burned down or looted, thousands of innocent citizens have been threatened by violence, and the dangerous radicals of both right and left have been allowed to get away with far too much iniquity without material legal consequences.

This Inauguration Day is a vital opportunity to turn the page.

We must come together as a people to condemn all violence.

We should come together as a people to demand that those who break the law be arrested and face serious consequences for their behavior.

We can, and must, distinguish sharply between the sacred right of free speech and the unacceptability of violence against people and property.

Conservatives must condemn violence from the right.

Liberals must condemn violence from the left.

If we grow tolerant of continued violence, the fabric of our free society will erode and ultimately collapse.

So, Trump supporters should respect and support the historic institution of the inauguration, which goes back to George Washington.

Biden supporters, as the winners, should reach out a hand to their fellow Americans who favored Trump.

Neither side has to give up its principles or ideology to join in the larger proposition that we are all Americans and as Americans we have an obligation to make our civic culture of freedom, the rule of law, and orderly self-government work.

So, pray for a peaceful Inauguration Day – and then roll up your sleeves and prepare to resume the struggle of a free society working to cope with an enormous array of changes and challenges.

This is what Callista and I will be doing, and we urge you, as fellow Americans, to join in with your minds and hearts to make America even better in the future.