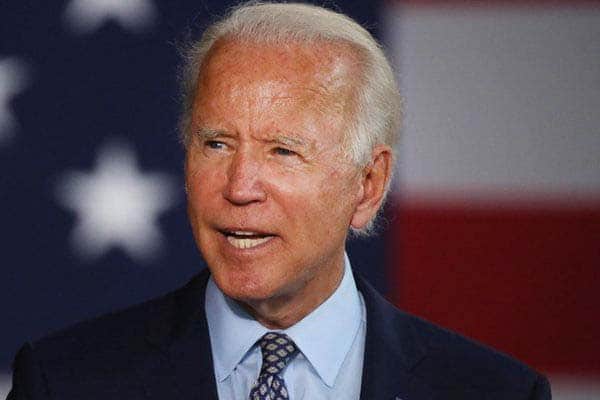 The truth is that Biden will not unite the American people as he and his defenders promised. Too many of Biden’s supporters are too eager to eradicate all traces of Donald Trump and his supporters from public life for that to happen.

But you know what? Many Americans are too ecstatic and triumphant to care. After all, Trump is no longer president! The ultimate goal of the political left and anti-Trump Republicans has been achieved.

Soon enough, however, the ecstasy of celebrating Trump’s departure from the White House will be replaced by the dissatisfaction of realizing Biden’s arrival.

Part of this will be due to Biden himself, who has spent a half-century in politics and is better known for being likeable and goofy than accomplishing anything of substance. He will alienate the political center for governing too far to the left and anger the progressive left for not embracing democratic socialism. And, of course, the right was always a lost cause.

But there’s another reason for the coming disappointment: Once the joy and smug satisfaction of Trump’s electoral loss fades, what will emerge are thoughts of what to do next.

This is Wile E. Coyote losing the roadrunner (for those familiar with the Looney Tunes cartoon). Wile E. spends all his time coming up with schemes to catch the roadrunner. The endeavor consumes him. But imagine if the roadrunner leaves. What does Wile E. do then?

In other words, what is the anti-Trump resistance going to do without Trump?

For the past five and a half years, ever since Trump began leading the 2016 Republican primary, the left has centered all its focus and energy and priorities around one Donald J. Trump.

No word in the English language quite captures how intense this obsession has been.

All the media talks about on TV is Trump. Just flip on CNN at any point during the day. And as for print, for years now countless journalists have made their livings writing columns each week on how Trump most recently threatened democracy. Just read the Washington Post’s opinion section.

What is the media going to cover now? What can possibly outdo Russiagate?

Academia has developed all kinds of projects to warn about Trumpian authoritarianism. Hollywood celebrities have earned their woke bonus points by insulting Trump. And professional athletes have expressed their moral outrage at racial injustice by castigating Trump as the bogeyman.

The Democratic Party, of course, has devoted everything it could muster to undermine Trump and remove him from office — even today! Instead of focusing on the coronavirus or the economy, Democrats are still rabidly trying to impeach a man who’s now out of office.

And remember, Biden’s entire campaign for president was based on one message: I’m not Donald Trump. We never actually learned about Biden’s policies throughout 2020. He never had to answer tough questions about how he’d govern. All we heard was that he’d be a different human being than the 45th president. That was the pitch.

The Democratic Party’s identity has become opposition to Trump and Trumpism rather than advocacy for any platform or ideology. That’s no basis on which to govern. And since Republicans have seized the mantle of championing the working class from Democrats, the Democratic Party needs to figure out who it’s really fighting for — not just which Americans it’s fighting against.

As for the Never-Trump Republicans (and ex-Republicans), they’ve allied with Democrats over the last four years to defeat their shared enemy. But with that enemy gone, now they’re politically homeless, with a left happy to dump them and a right hostile to them.

Moving on doesn’t seem to be the answer. Indeed, the anti-Trump resistance isn’t quite ready to disband. Too many people regard Donald Trump and his movement as a disease infecting the country, and now the disease is being cured. But the purge isn’t complete.

Some people are now calling for “Trumpists” to bend the knee and surrender unconditionally, as if the country just fought a war rather than held a contested election. In recent days, more and more voices have also been demonizing all Trump supporters as extremists, even terrorists, who need to be destroyed (figurately, we assume). Others are describing support for Trump as a “mental defect” that requires “mental hygiene.”

In short, the plan seems to be the same as before: to attack and defeat Trump. Only with Trump out of office, the ire of the resistance will focus largely on his supporters. In many ways this is worse. It’s certainly more troubling, because there is a genuine belief among our elites on high and many leftists on the ground that at least tens of millions of their fellow Americans are evil, deranged, brainwashed or all three because of their political views. And anti-Trump forces appear eager to remedy this problem.

The resistance, which Biden now leads by default, can focus on the vestiges of Trumpism for a time, but it’s not sustainable without Trump the man in power. But that doesn’t make the calls to “fix” his supporters, or at least to eliminate them from the public square, any less worrisome.

Like Wile E., the anti-Trump resistance is going to continue its onslaught because it doesn’t know anything else, often running right off the cliff in the process. But if you think they’re not afraid to pull their enemies down with then, then you’re sorely mistaken.