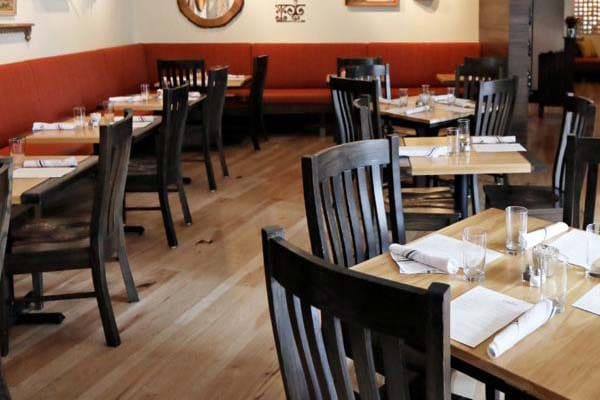 Amidst the worst restaurant recession in history, we are seeing a period of tremendous pain and golden opportunity. You might be asking yourself, how on Earth is the sudden erasure of innumerable restaurants and the economic devastation of millions of lost jobs good by any measure for entrepreneurs?

Sadly, in the short-term, there is simply no good news. Nevertheless, moving forward, dozens of entrepreneurs keep saying the same thing to me: This momentous disruption is going to create untold opportunities as the sector faces a total reset.

Make no mistake, the restaurant landscape has been scorched, as one in six restaurants already are gone and more than 3 million jobs have been eliminated. That is why it is critical to start this conversation about what’s next by first acknowledging the millions of folks in the restaurant businesses whose lives have been upended.

To those whose businesses and jobs no longer exist because of the lethal cocktail of disease and mandated closures: We hear you, and we recognize that your industry -- especially in states with harsh lockdowns -- need help now from the government.

Still, once the world is able to return to a semblance of normalcy, the great restaurant reset might go down in history as the golden era for restaurant entrepreneurship. As someone who interviews entrepreneurs for a living, I kept on hearing the same thing again and again from business people across the country: the landscape is being flattened and opportunities for restaurants who are well positioned will do better than ever.

I talked with dozens of entrepreneurs, including Robert Rosenburg, the man who turned Dunkin Donuts from a small local brand into an internationally recognized doughy powerhouse and the “pizza whisperer,” the co-founder of Blaze Pizza, Bradford Kent. Many of them coincided with virtually the same takeaways about what you need to know about the great restaurant reset.

The restaurant industry has been oversaturated in the United States for quite some time. The number of outlets has been growing faster than our population for decades, leading to a phenomenon known as being “overstored.” Recently, with the elimination of so many restaurants in such a short period of time, looking across the country, there’s going to be a lot less excess capacity, giving people the opportunity to capture a larger slice of the pie when the world opens back up for business.

Technology isn’t just extraordinarily important in the restaurant business, it will be one of the strongest indicators of success. Although these outlets exist to serve food, technology is now the differentiator. Digitization through features such as direct ordering online ordering, mobile ordering, mobile pay, home delivery, social networking, loyalty clubs, and direct-to-customer relationship marketing will be the industry norm. Companies on the right side of the digital divide will fill in the opening that exists for the hundreds of thousands of restaurants that have closed.

Shortcut to competing with the big guys: franchising

Let’s face it, we live in an era of big business and it’s often impossible for small businesses to compete. One workaround is the franchise model. Franchises are one of the best ways to be an entrepreneur and effectively compete with the 500-pound gorillas on the restaurant scene. Additionally, franchises tend to have a much lower fail rate than stand-alone restaurants.

Reduced cost of everything

Amidst skyrocketing commercial vacancies and a glut of everything you need to own and operate a restaurant, it will soon be the best time ever to be a restaurant entrepreneur.

For those who make their living in this essential industry, stay tuned. As your parents probably once told you, this too shall pass. After we put the pieces of our world back together, the culinary scene will blossom as a result of the great restaurant reset.

David Grasso is the host of the Follow the Profit Podcast, where he shares simple ideas for financial success and lessons learned the hard way. He is also the CEO of GenBiz, Inc, a non-profit media company dedicated to promoting entrepreneurship and financial freedom.

Newt will host a virtual live event at 11 a.m. ET on Jan. 26. We'll continue the conversation on issues concerning you with the start of new administration.