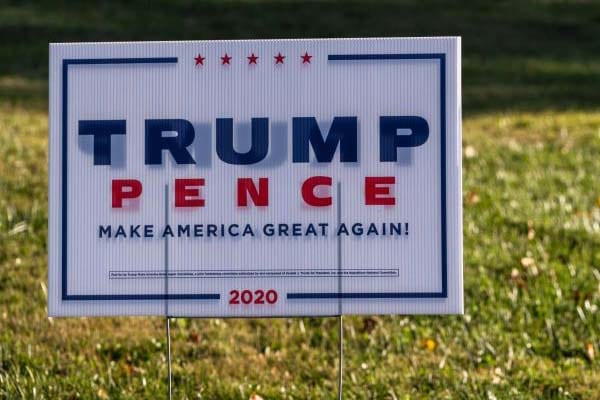 Jonathan Turley — who I respect a great deal as a moderate Democrat and an honest academic attorney — has written a column, which I find disturbing. While President Joe Biden calls for reconciliation, unity, healing, and bringing the country together, his supporters and allies in the media are on a different track. They’re talking about revenge, destruction, and annihilation of the Republican Party and Trump’s supporters.  I think it’s something that every conservative should take seriously because this can easily be the next stage of moving towards destroying our freedoms — not just for Republicans, but everybody.

Jonathan, Turley, who I respect a great deal as a moderate Democrat, but really honest, academic attorney, had a column, which I find really disturbing, and I’m going to send out, I’m going to retweet it, but I want to share it with you for that. He talked about the fact, for example, that Katie Kirk has talked about quote, deprogramming Trump’s supporters or treating Trump supporters as a cult. CNN apparently had an interview with an actual call expert. Now, since we’re were 75 million people. So, for 74 million who voted for Trump this is pretty weird. However, a law professor, according to Turley declared that even questioning the Biden electoral victory was tantamount to being a Holocaust denier. Another professor recording utterly took this call even further and declaring such supporters are worse than the Nazis and Herald the need for the same type of treatment scene with the Nurnberg trials, including the apparent elimination of the Republican party.

This sort of thing is just amazing. Professor Loretta Ross in an article on counterpunch declares, I’m quoting here at early, there can be no unity with Trump’s supporters and that the Republican party itself cannot continue to exist. She says, quote, Republicans are no longer entitled to exist as a legitimate political party. You look at this stuff and you think they’re just nuts. But recently Jennifer Rubin, who is a Washington post columnist who’s peculiarly, anti-Republican said, quote, we have to collectively in essence, burned down the Republican party. We have to level them because of those survivors. If there are people who weather the storm, they will do it again. Now with this, she’s talking about a party that got 74, almost 75 million votes. She’s talking about a party that has one half of the members of the us Senate. She’s talking about a party that has a majority of governors in the United States.

She’s talking about a party that gain seats in the house has been striking distance of making Kevin McCarthy, the speaker of the house. This is the sort of thing that is just astonishing. Of course, the, the attitude on the left is so hostile that they want to literally destroy people who supported Trump. Again, according to Charlie Ruben called for blacklisting of Trump’s supporters from universities in the media, she said, quote, I think it’s absolutely a horde that any institution of higher learning any news organization or any entertainer organization that has a news outlet would hire these people out. Just think about the kind of totalitarian hatred that you’re seeing here. And let me just point out. Well, President Joe Biden calls for reconciliation and humanity and healing and bringing us together and uniting his supporters and his allies is on a totally different track. They’re under revenge destruction annihilation. And I think it’s something that every conservative should take very, very seriously, because this can easily be the next stage of moving towards destroying our freedoms, not just for Republicans, but only for everybody.