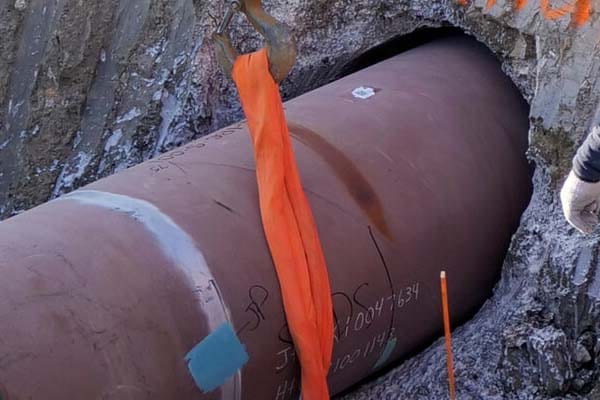 Rasmussen reports 51 percent of Americans are opposed to canceling the Keystone XL pipeline project. I suspect that when they realize the number of jobs this will eliminate, and see the effect on oil and gas prices, the number will continue to rise.

After hiding in his basement during the campaign, this is a sign that President Joe Biden and his team will have a much more difficult time governing. There are already reports the entire Democratic Party of New Mexico is terrified the ban on new federal leases for oil and gas exploration will destroy the economy in their state. You’re going to see more and more of a backlash and opposition to these decisions as people realize what the Biden team is doing.

Jonathan, Turley, who I respect a great deal as a moderate Democrat, but really honest, academic attorney, had a column, which I find really disturbing, and I’m going to send out, I’m going to retweet it, but I want to share it with you for that. He talked about the fact, for example, that Katie Kirk has talked about quote, deprogramming Trump’s supporters or treating Trump supporters as a cult. CNN apparently had an interview with an actual call expert. Now, since we’re were 75 million people. So, for 74 million who voted for Trump this is pretty weird. However, a law professor, according to Turley declared that even questioning the Biden electoral victory was tantamount to being a Holocaust denier. Another professor recording utterly took this call even further and declaring such supporters are worse than the Nazis and Herald the need for the same type of treatment scene with the Nurnberg trials, including the apparent elimination of the Republican party.

This sort of thing is just amazing. Professor Loretta Ross in an article on counterpunch declares, I’m quoting here at early, there can be no unity with Trump’s supporters and that the Republican party itself cannot continue to exist. She says, quote, Republicans are no longer entitled to exist as a legitimate political party. You look at this stuff and you think they’re just nuts. But recently Jennifer Rubin, who is a Washington post columnist who’s peculiarly, anti-Republican said, quote, we have to collectively in essence, burned down the Republican party. We have to level them because of those survivors. If there are people who weather the storm, they will do it again. Now with this, she’s talking about a party that got 74, almost 75 million votes. She’s talking about a party that has one half of the members of the us Senate. She’s talking about a party that has a majority of governors in the United States.

Rasmussen reports that by 51 to 36, the American people oppose canceling the Keystone XL pipeline. And my suspicion is when they realize the number of jobs, this is going to kill, and they realize the effect on the price of oil and gas States. The number would go up and down, but it’s a signal that after hiding in the basement, all that period, and trying to avoid talking in any great detail about what’s going on. And now that they’re starting to govern the Biden, team’s going to have a much more difficult time. There’s already reports for example, that the entire democratic party of New Mexico is terrified that the ban on new federal leases for oil and gas is going to destroy the economy of New Mexico. And they’re trying to communicate how bad a decision that is. So I think you’re going to see more and more backlash and, and more and more opposition as people realize exactly what the Biden team is doing, as opposed to the nice speeches by the president. Just something I want to bring to your attention, to sort of pay attention to.