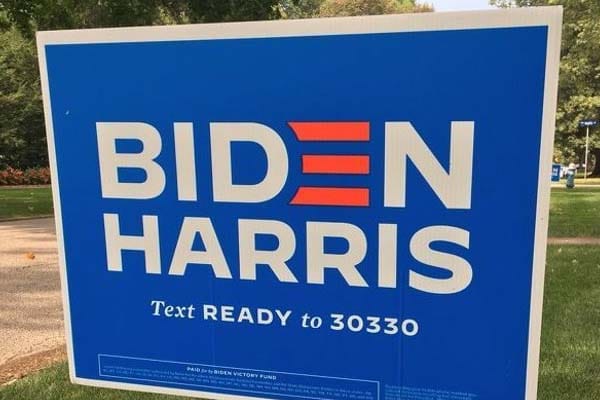 I read some interesting results from a Rasmussen poll published in today’s Washington Examiner. President Joe Biden has the weakest support among Americans to start a term than any recent president — weaker than Trump, weaker than Obama. In its first presidential daily tracking poll, Rasmussen Reports shows that Biden gets 48 percent approval rating versus 45 percent disapproving. It tells me that people have already seen through the inaugural address – and that he’s not unifying, and his position will be left-wing. So, I think it’s just fascinating and worth keeping in the spotlight.

Read more in the Washington Examiner by clicking here.

Fascinating results from a Rasmussen poll that was put in I just saw it in the Washington Examiner. Biden has the weakest support from the country of any recent president, weaker than Trump, weaker than Obama in their first presidential daily tracking for Rasmussen reports that Biden gets 48% approval. 45% disapproval. Women, interestingly, are 46 approved 48 disapprove. Whites are 43 approved 51 disapprove. It is an average of the last three days of their poll. Now, when you look at former presidents, Trump and Obama, Trump opened with a 56% approval rating with 44% disapprove. So he had a net positive of 12 compared to Obama’s net positive of three, I mean, but Biden rather is net positive of three. Obama started 67% approval, 32% disapproval. This was so Obama had a 35 percentage point net advantage compared to three [points] for Biden. In other words, 10 times as large, a gap of approval for Obama rather than for Biden and four times as big a gap of approval for Trump compared to Biden. This is the weakest opening. It tells me that people have already seen through the inaugural address. I understand that he’s not going to be unifying and that he’s in fact going to be very, very left wing. So I think it’s just fascinating and well worth are pursuing.