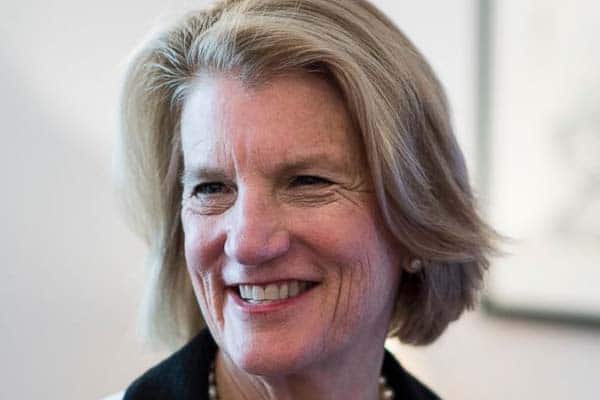 The Biden administration has made its radical position towards American energy clear. After signing a series of first-day executive orders rejoining the Paris Climate Accords and canceling the Keystone XL oil pipeline, Republicans are left angered and without recourse. Under a newly unified Democratic government, Republicans have few compelling tools to combat such action. However, one moderate senator isn’t backing down.

Sen. Shelley Moore Capito (R-WV) joins a new group of bipartisan senators increasingly known as the “Sweet 16”, the Washington Examiner reports. The group is made of senators working closely with the Biden administration to produce a COVID-19 relief bill and are expected to continue their reach across the aisle throughout Biden’s term. This relationship places Capito in the perfect place to leverage her vote towards Republican priorities—like protecting the energy industry.

Capito is already planning to use the position to her advantage on several Biden initiatives, including a massive infrastructure bill currently in the making. According to the Washington Examiner, Capito was “disappointed” in Biden’s executive actions but said that her new role as the top Republican on the Environment and Public Works committee puts her in a position to “say no and throw rocks” when it comes to climate policy.

The Washington Examiner pointed out that Capito supports efforts to curb climate change, though she said “[Democrats] are always overreaching. I am hoping they moderate to the point we can have bipartisan buy-in.” She recently supported several bills aimed at combating carbon and methane emissions, something she feels will make fossil-fuels more palatable in the future.

Though West Virginia is a top producer of both coal and natural gas, Capito continues to signal her willingness to compromise if it means securing long-term protection for these industries. She told the Washington Examiner, “I am a little concerned I am coming across as not open-minded. I am. I want to listen. I want to be part of the solution.”

Voices like Capito’s will be valuable tools for Republicans under a Biden presidency. With minority power in the Senate, the GOP must look to bolstering their bag of tricks, even if it means following a moderate’s lead on some issues.

Read more about this story at the Washington Examiner.  [vc_separator][vc_column_text]