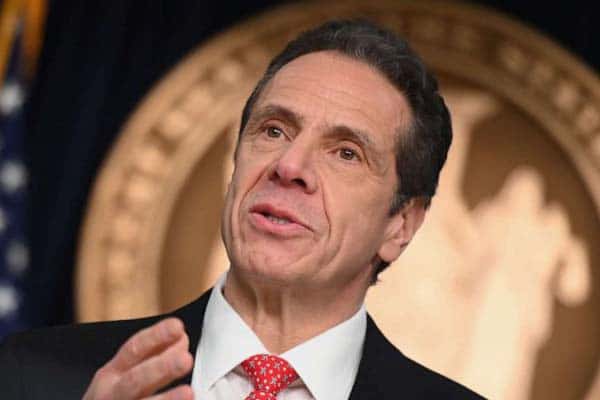 Gov. Andrew Cuomo seems to have an affinity for bringing harmful progressivism to the once thriving state of New York.

From his interference in an ethics committee in 2014 to expanding abortion rights in some cases up to birth through the Reproductive Health Act in 2019, Cuomo’s governorship is shrouded in accounts of moral greyness. These acts of corruption and progressivism have benefitted Cuomo and his political standing but have done nothing to uplift the state of New York.

From 2011 to 2018, New York was consistently behind the national average for jobs created and employment rate. And now, Cuomo’s latest brilliant idea for New York is to play the blame game and sue the federal government for $15 billion dollars in COVID-19 damages. If finger-pointing litigation doesn’t bring in some revenue, Cuomo will raise the taxes in New York to a whopping 14.7 percent.

Litigation is bound to fail, instead shining an unwanted light onto Cuomo’s disastrous COVID-19 response. It seems that Cuomo never learned the childhood lesson “when you point one finger, there are three fingers pointing back at you,” and Cuomo’s COVID-19 history is pointing back with a vengeance.

Flashback to the beginning of the pandemic. Cuomo sent hospitalized COVID-19 patients back to nursing homes, causing a massive outbreak among the elderly. More than 6,600 people died because of this decision. Then, Cuomo implemented one of the strictest lockdowns in the nation, causing more than 300,000 people to permanently leave New York City in 2020. The population downturn is estimated to result in an income loss of $34 billion for the state. Cuomo’s strict lockdowns didn’t just catalyze a mass migration from the state. They also resulted in a trip to the US Supreme Court for the unlawful closing of synagogues and impeding the First Amendment rights of New Yorkers to freely practice religion. The lockdown also did not allow for socially distanced indoor dining, permanently closing more than 1,000 restaurants in the state.  Cuomo was willing to kill the economy to stop the virus, but it didn’t even work! In April, New York reported 513 deaths per million people. This number cannot be blamed on the large population density of the state of New York, as California, which houses the dense cities of Los Angeles and San Francisco, only reported 17 deaths per million in the same month.

Yet, according to Gov. Cuomo, “The COVID assault on New York state in the spring was due to federal negligence.” If that is truly the case, then why aren’t all the other states suing the government for negligence? Other states are not suing because their governors did not fumble their coronavirus response as badly as Cuomo did. In April, then-President Trump had made it clear that each state was under the discretion of its governor for COVID-19 response and regulations. Ultimately, New York’s economic floundering is widely due to Cuomo’s response errors. No amount of finger-pointing by Cuomo will change that fact, but Cuomo sure will try his darndest to pin the blame on anyone but himself.

Cuomo is threatening to sue the federal government if Biden does not allocate $15 billion in the next COVID-19 stimulus package to New York specifically. At the moment, the stimulus package only has $6 billion for New York, and that is unlikely to change. If Cuomo does follow through with litigation against the federal government, it will fail. Unfortunately, Cuomo already has a plan for when he loses the lawsuit: raise the taxes on New Yorkers astronomically.

In order to rectify the $15 billion budget deficit New York is facing, the tax rate on the wealthy will become a whopping 14.7 percent, surpassing California’s 13.3 percent and becoming the highest in the country. According to Cuomo, the tax rate would only start with the wealthy, then expand to impact the middle class as well. With a tax rate that high, New York’s decline will accelerate.

The tax hike will make it impossible and unappealing for all the people who left the state in 2020 to return, even if they can once again afford the high cost of living. The tax increase also takes away all economic incentives for newcomers to move to the state. The high taxes might even spark a mass exodus of business out of the state, as we’ve seen happen in California.

A longtime member of the political establishment, Gov. Cuomo is covering his bases and making sure he pins the blame of New York’s crumbling economy on anyone but himself.

Margaret Smith is a 19-year-old intern from Fresno, California. Margaret is taking a gap year before she starts her undergraduate at Harvard University in the fall of 2021. She will major in history and minor in economics with the intention of going to law school.