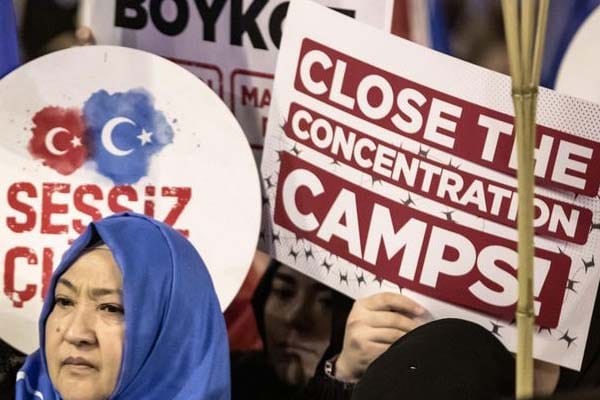 American consumers have become accustomed to products with the “Made in China” slogan plastered all over them, but for Rushan Abbas it has a whole new meaning. Rushan is the founder and executive director of Campaign for Uyghurs. Because of his advocacy here in the US, his sister, Gulshan Abbas, was taken and forced into slave labor by the Chinese regime’s prison system in September 2018. Now almost every household and clothing item is a constant reminder of his sisters 21st century slavery in the Xinjiang Uyghur Autonomous Region.

Much like the concentration camps during World War II, the Chinese government has rounded up the Uyghurs into state sponsored, reeducation camps where they suppress religious practices and sterilize their prisoners. These facilities then force their captives to make products reportedly used by companies such as Nike, Coca-Cola, and Calvin Klein.

As the Biden administration settles into the White House, all eyes will be on their handling of this modern genocide. Rushan believes the administration can prioritize Section 307 of the Tariff Act to outlaw forced labor imports from China, and impose massive sanctions on entities and individuals involved in these human rights abuses using the Uyghur Human Rights Policy Act. Rushan also calls on Congress to pass the Uyghur Forced Labor Prevention Act, which shifts the burden of proof that materials are made without forced labor onto brands.

Will the Biden administration act swiftly to terminate these atrocious abuses, or will it turn a blind eye in the name of multilateralism with the Chinese Communist Party. Only time will tell.

Read more about this story at the Washington Post.  [vc_separator][vc_column_text]