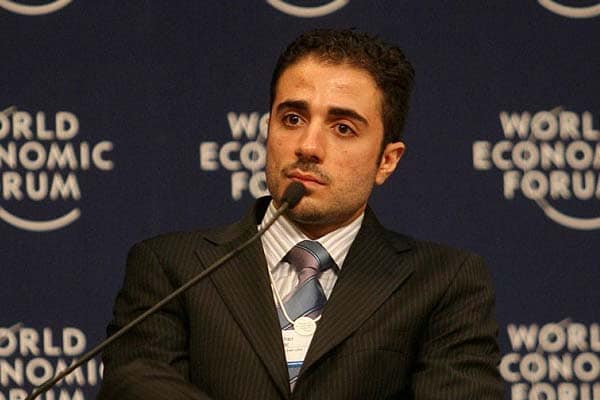 Apparently, calling for the destruction of a key strategic ally doesn’t disqualify someone from handling classified intelligence. Nor does associating with people who support Islamist terrorism — at least not in President Joe Biden’s White House.

Indeed, Biden just appointed a man who has done both to be the senior director for intelligence on the National Security Council (NSC). His name is Maher Bitar, and his appointment should concern all Americans.

Here’s how Daniel Greenfield, a journalist and a fellow at the Freedom Center, describes Bitar’s new responsibilities:

That’s quite a job — one that should go to an intelligence professional, not an activist. And it certainly should not go to an activist who advocates policies that would hurt American interests.

In college, Bitar sat on the executive board of Georgetown University’s chapter of Students for Justice in Palestine (SJP), an organization that supports BDS and harasses Jewish students on campuses across the country. Some schools have even banned SJP for disseminating violent, antisemitic propaganda.

A picture from 2006 shows Bitar posing in front a sign reading, “Divest from Israel Apartheid.” That same year, Bitar helped organize a conference at Georgetown for the Palestine Solidarity Movement, which supports Hamas and other terrorist groups that seek the destruction of Israel and the murder of Jews. At the conference, Bitar ran a session on how to demonize and divest from the Jewish state.

After college, he continued to champion BDS and advocate Israel’s destruction. He worked at a host of anti-Israel organizations and collaborated with people sympathetic to Palestinian terrorism.

While studying at Oxford’s Refugee Studies Center, Bitar wrote in a paper that Israel’s “political existence as a state is the cause for Palestinian dispossession and statelessness.” He added that “Israel’s rejection of [the Palestinians’] right to return remains the main obstacle to finding a durable solution.”

In other words, Israel can’t exist alongside a state of Palestine... So much for a two-state solution.

And as for the so-called right of return, it means that all the Arabs who were displaced following Israel’s founding could settle in Israel but also all their descendants. Israel would be flooded with hostile refugees, putting Jews at the mercy of many who reject the legitimacy of Israel.

These are just some of the highlights of Bitar’s past work attacking Israel. His full anti-Israel resume is extensive and alarming.

And yet, despite — or perhaps because of — this history, Bitar went on to serve in the Obama administration. He served as a deputy to Samantha Power when she was ambassador to the United Nations and as director for Israeli and Palestinian affairs on the NSC.

Bitar then became the general counsel for Democrats on the House Intelligence Committee. In that capacity, he served as the top legal adviser to Rep. Adam Schiff (D-CA), chairman of the committee, playing a key role in the first impeachment of President Donald Trump.

Someone with this history simply cannot be the senior director for intelligence on the National Security Council.

Indeed, anyone integral to the impeachment of a president should not serve in what’s supposed to be a purely apolitical position.

Moreover, Bitar is a radical activist who poses too great a risk of politicizing — or worse, weaponizing — intelligence. He will be the one who determines what information the US intelligence community shares with foreign intelligence services. It’s hard to believe that Bitar will not damage intelligence sharing between the US and Israel, which is a crucial, mutually beneficial part of the American-Israeli strategic alliance.

Plus, don’t forget that the Obama administration spied on Israel, the only democracy in the Middle East, capturing conversations between Israeli leaders and American lawmakers. With Bitar heading intelligence on the NSC, similar surveillance could continue. There’s a real prospect of the US obstructing Israeli efforts to curtail Iran’s nuclear program.

Recall how the NSC under the Obama administration micromanaged other parts of the executive branch, playing an outsized role. Considering the Biden administration is filled with alumni from the Obama years, don’t be surprised to see the same overbearing micromanagement occur. With Bitar in the NSC, the consequences could be severe.

In short, Biden must rescind his appointment of Bitar. An anti-Israel activist has no business deciding what intelligence the president sees. Frankly, he shouldn’t even get a security clearance. The dangers are real and serious.

If Biden truly wants to be a moderate who unifies the country, he will reconsider and change his choice.