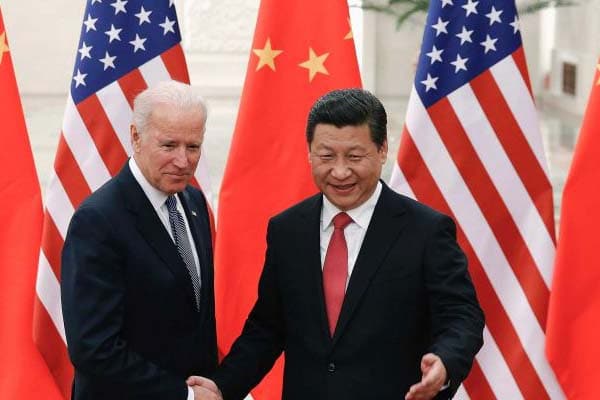 by Newt Gingrich and Claire Christensen

This week, three House Republicans sent a letter to the President of the University of Pennsylvania demanding the release of the Penn Biden Center’s funding records to “shed light on the depth and breadth of the potential improper influence” of Communist China.

In their letter, Reps. James Comer, Jim Jordan, and Virginia Foxx wrote that over approximately three years before the announcement of the Biden Center on Feb. 1, 2017, UPenn received nearly $21.2 million from China.

But then, over three years after the announcement of the Biden center, China flooded the University with more than $72.2 million. This is an increase of more than $51 million (or 342 percent) over approximately the same amount of time.

What exactly changed in the minds of the Chinese benefactors after the Biden center announcement that made the University of Pennsylvania an irresistible investment opportunity?

This is more than a University of Pennsylvania problem. Money pouring into US universities from Communist China is a nationwide national security problem. It’s a way to for Communist China to buy influence, while American institutions refuse to report foreign funding – even though it is required by law.

Under former Secretary of Education Betsy DeVos, the department uncovered $6.5 billion in unreported foreign gifts to American colleges and universities from China and other foreign countries. The Department of Education listed 10 specific schools that accounted for $3.6 billion of the gifts — the University of Pennsylvania was one of them.

We don’t know how much of this foreign money – namely the millions from China — went from the University of Pennsylvania to the Penn Biden Center. We don’t know if some or all of this money was used to gain influence with President Biden, Secretary of State Tony Blinken (who was the Managing Director of the Penn Biden Center), or any others involved with the institute.

These are critical questions to answer because of the scale of the Chinese Communist Party’s infiltration and influence campaign in the US.

We know that universities and college campuses have been targeted by the CCP. The former Head of the Central Propaganda Department of China even admitted this, saying that the Party’s infiltration of US education was a part of a plan to “coordinate the efforts of overseas and domestic propaganda, [and] further create a favorable international environment for [China].”

Also, consider the more than 60 Confucius Institutes on campuses that are still operational, despite being designated as Chinese foreign missions that “push out skewed Chinese language and cultural training for US students as part of Beijing’s multifaceted propaganda efforts.”

Numerous academics, such as the Chair of Harvard’s Chemistry and Chemical Biology Department, have been arrested for failing to disclose their involvement in China’s Thousand Talents Program. But keep in mind, the Thousand Talents Program is just one of China’s nearly 200 government-sponsored foreign talent recruitment programs.

We also know that the Chinese Communist Party targets Americans with political influence and power. Di Dongsheng, the vice dean of the School of International Relations at Renmin University of China and vice director and secretary of the Center for Foreign Strategic Studies of China, explained why in a speech in Shanghai:

“Why did China and the US used to be able to settle all kinds of issues between 1992 and 2016? No matter what kind of crises we encountered…things were all solved in no time…What is the reason? I’m going to throw out something maybe a little bit explosive here. It’s just because we have people at the top. We have our old friends who are at the top of America’s core inner circle of power and influence.”

We saw the CCP infiltrate our political sphere in the case of Chinese intelligence operative Fang Fang. She targeted politicians such as Rep. Eric Swalwell (D-CA) who was then appointed by Nancy Pelosi to the House Intelligence Committee. Also, consider Sen. Dianne Feinstein’s driver of 20 years, who ended up being a Chinese spy. Sen. Feinstein also has served as a top Democrat on the Senate Intelligence Committee. And let’s not forget that President Biden’s son, Hunter, is under federal investigation for his “tax affairs” regarding foreign business dealings, including those in China.

Even though the Bidens’ foreign business dealings were hidden by the media last fall, the campaign is over and the President has made it clear that he will now be honest with the American people.

“Recent weeks and months have taught us a painful lesson.

“There is truth and there are lies.

“Lies told for power and for profit.

“And each of us has a duty and responsibility, as citizens, as Americans, and especially as leaders who have pledged to honor our Constitution and protect our nation – to defend the truth and defeat the lies. …

“Before God and all of you, I give you my word.

“I will always level with you.”

This is President Biden’s moment to turn words into deeds. America is at stake.

The President should publicly call on the University of Pennsylvania to make public all their financial dealings with the Chinese Communist dictatorship. This is the only way he can live up to his own inaugural address.

Claire Christensen is the Director of Research and Chinese Studies for Gingrich 360 and co-author of Trump vs. China: Facing America’s Greatest Threat.