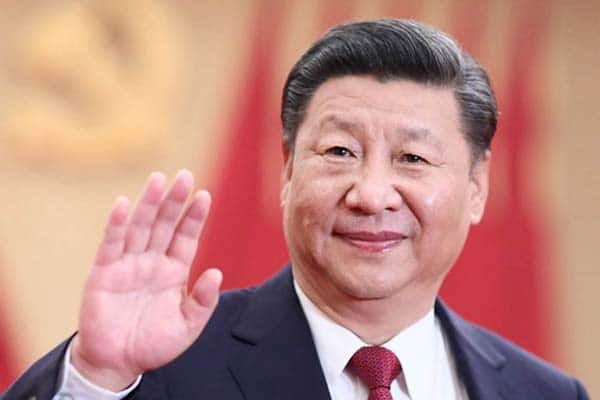 There are two news stories that I found interesting this morning.

The first one is the executive order signed by President Joe Biden which bans federal employees from using the term “Chinese Virus.” Now, it’s a little bit hard for me to understand. I get that the far left identifies the term with xenophobia, anti-foreigner discrimination, etc. But why would Biden be spending an executive order banning the term when COVID-19 indeed came from China?

The second more surprising news was Glenn Kessler’s article, in The Washington Post calling out Climate Czar John Kerry’s claims that “wind turbine service technician” is the second fastest growing occupation. While it’s valid on a percentage growth basis, when you account for the actual volume of jobs available, the numbers don’t replace workers laid off from Biden’s canceling the Keystone XL Pipeline.

This is yet another example of why the Left’s delusion prevents them from being honest about the facts — and makes this one of the biggest job-killing administrations. If Biden becomes synonymous with the “Biden job-killing Democrat,” the Democrats could be facing very tough times in 2022 and 2024. So, I want to share that with you. I thought it was fascinating.

Read more from Glenn Kessler’s article in The Washington Post by clicking here.

I just noticed two things this morning. I want to share with you that I think of kind of interesting. One is Biden actually used an executive order to ban the term “Chinese virus.” Now, it’s a little bit hard for me to understand why [the] President of the United States would decide that the term Chinese virus, which they identify with xenophobia, anti-foreigner increasing discrimination, et cetera, why they would be spending an executive order banning it when in fact, guess where COVID-19 is from? It’s from China. And there’s pretty good evidence that it may have come from a Chinese communist military lab being designed for a biological weapon. We don’t know that’s what, there’s a huge effort underway largely by the world health organization, which is of course dominated by China. Nonetheless, I think it was fascinating that Biden would think it was worthwhile to issue an executive order saying that the word Chinese term, Chinese virus will not be used in the American government.

Second, very nice piece, a little bit of a shock here in The Washington Post by Glenn Kessler, who is there a guy who checks accuracy. He looks at [John] Kerry, it’s entitled, Kerry’s misleading framing of potential solar and wind jobs. Turns out that Kerry says, you know, the second fastest-growing job pre-COVID was “wind turbine technician.” Solar power now is one of the better choices. He says before, COVID the fastest-growing job in the US was “solar power technician.” Well, Kessler goes and looks at the details. It was true on a percentage basis like, wind turbine service technicians jumped 60.7%. Second place was nurse practitioners at 52%, and third place was so solar photo-voltaic installers at 50%. However, guess what the baselines were? Wind turbine jobs are projected to go up by 4,300 from 7,000 to 11,300. Over 10 years, solar installer jobs are projected to go by 6,100 from 12,000 to 18,100. Now, it is crazy to project that, now by the way, nurse practitioners, who are a huge group have a serious game from almost 111,000 jobs from just over 211,000 to 322,000. But I think suggesting to the guys who worked on the XL Keystone pipeline, that they have a great future as a nurse practitioner probably would not be a politically big winner.

I missed making the point that you are dealing here in a situation where it’s impossible to replace blue-collar manual type jobs with the kinds of jobs that Kerry is talking about because there just simply aren’t going to be enough of them. And so this is one more example of why their own delusion in their, in their inability to be honest about the facts could well make this one of the biggest job-killing administrations. And if Biden becomes synonymous with the Biden job, killing the administration the Democrats are facing very tough times in 2022 in 2024. So I just want to share that with you. I thought it was fascinating.