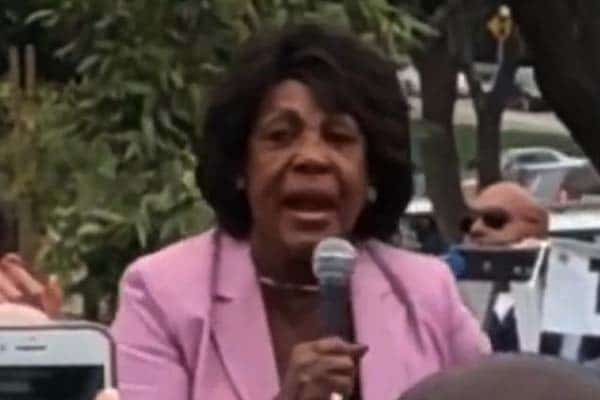 While there are calls to introduce a motion to censure President Donald Trump, it should be amended by the Republicans to include all the vicious remarks from people who called on violence against the former president. Celebrities, House members, Speaker Nancy Pelosi, sitting Sens. Corey Booker and Jon Tester, and President Joe Biden should be subjected to the same censure motion. There should be a straight up and down vote, or it is just more hypocrisy.

Know, it really hit me that any censure motion about President Trump should actually, without any question, be amended by the Republicans to include all of the vicious things that have been said, attacking President Trump. When you look at all the various things that people have said, you know, starting with Madonna: “Yes. I’ve thought an awful lot about blowing up the White House.” Johnny Depp, “When was the last time an actor assassinated a president.” Robert DeNiro, “Of course, I want to punch him in the face.” Maxine Waters, “If you see anybody from that cabinet in a restaurant, in a department store, at a gasoline station, you get out and you cause a crowd.” Eric Holder, “When they go low, we kick them.” Nancy Pelosi, “I don’t know why there aren’t uprisings all over the country, and maybe there will be. You know, you just keep going through these Biden, “[The] press always asked me, well, don’t you wish you were debating him. I said, no, I wish we were in high school, I’d take him out of the back of the gym. That’s what I wish.” And you just, you know, Nancy Pelosi, “When you’re in the arena, you gotta be ready to take a punch, but you gotta be ready to throw a punch.” Senator Cory Booker, talking to some activists, “Go to the Hill today, get up and please get up in the face of some congresspeople.” Senator Tester, “I don’t think even in States where Donald Trump won big, does any good running away from Donald Trump? I think he needed to go back and punch him in the face.”

These things just went on over and over. Ted Lou, in 2018 threatened, widespread civil unrest and encouraged people to take to the streets. You know, I just think we have to recognize that there were a lot of people who were engaged in incitement long before Donald Trump. And if that’s going to be an issue in the US Senate, they ought to offer an amendment. That includes all of these other people and let’s have a straight-up or down vote on hypocrisy.