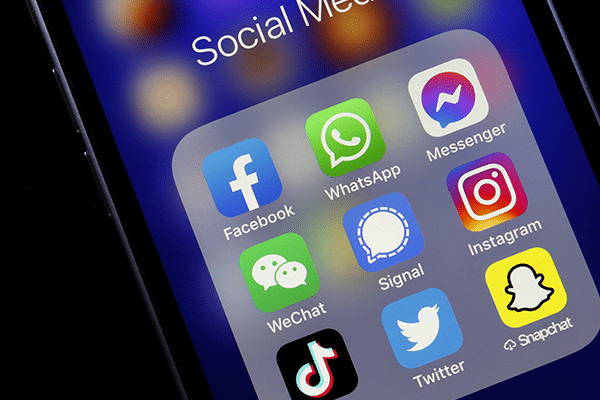 The oligarchs of history are hearty Russian men with thick accents, gaudy accessories, and bomb-proof Mercades-Benzes. The new oligarchs of today, however, look much different. They are slightly nerdy tech geniuses who hide their power under Walmart jeans and look like your average joe. These American oligarchs are none other than the Big Tech CEOs who own Twitter, Facebook, Amazon, and Google. Once these men were the epitome of American entrepreneurial spirit, but they have transformed into invisible puppet-masters of our daily life.

These American “oligarchs” are subjecting Americans to “the silencing:” mass censorship of conservative voices on social media. Facebook and Twitter removed President Donald Trump’s accounts. Amazon refused to continue hosting Parler’s domain, yet only Republicans are objecting to Big Tech’s censorship. Widespread news domination by Big Tech CEOs is eerily reminiscent of the Russian oligarchs of the 1990’s, foreshadowing what is to come if America remains rampant with unchecked, powerful businessmen that attempt to control free speech.

In 1996, Russian oligarchs formed the Davos Pact to pool their money and influence to re-elect President Boris Yeltsin, the self-proclaimed “capitalist” of the election and Putin’s predecessor. One of the oligarchs, Vladimir Gusinsky, privately owned Media-Most, the biggest TV network in Russia. Gusinsky conspired with the Davos Pact to only air pro-Yeltsin material and hide Yeltsin’s dirty laundry, while broadcasting only negative stories about Yeltsin’s opponents. This strategy worked, and Yeltsin easily won re–election. In return, Gusinsky and the other oligarchs were promised special business deals with the Yeltsin-controlled government and protection from certain laws — from speeding tickets to rigging business auctions in their favor. If Yeltsin ever protested the corruption, Gusinsky would threaten to run unflattering and negative news about the president, making Yeltsin obedient once again.

Russia’s oligarchical control of news is being paralleled in America today, but not through television. Pew Research Center found that 67 percent of Americans get at least some of their news from social media, allowing Twitter, Facebook, Instagram, and Google to be dominant avenues of news output.

Just like Russia during the 1996 election, Big Tech CEOs control the information flow to roughly two-thirds of the country. Big Tech oligarchs understood their monopoly over news media and used their power to get their ally, Biden, elected to the presidency, just like the Russian oligarchs propelled Yeltsin.

To do this, the Big Tech oligarchs borrowed the Russians’ strategy of hiding negative news about their candidate of choice. Case in point: the Hunter Biden scandal.

In October 2020, Hunter Biden’s emails to Ukrainian businessmen leveraging his father’s position as Vice President were leaked, leading to a debate over whether or not Hunter’s business affairs would be conflicts of interest for Joe Biden (Newt released several podcasts and articles about Hunter).

The original Hunter story broke on the New York Post, but was not widely circulated. The story did not stay hidden by choice, but instead because of the Big Tech CEOs at Twitter and Facebook. Forbes reported that “twitter blocked users from sharing the URL to the Post’s story” and temporarily banned profiles from mentioning the story, including Post reporters and Kayleigh McEnany of the White House. Andy Stone, a Facebook spokesperson, additionally revealed the other dominant social media platform was “reducing [the Hunter Biden story] distribution on [its] platform” because the company suddenly wanted to limit politics on the site.

By concealing the Hunter Biden scandal, it seems that the Big Tech CEOs created an unofficial Davos Pact of their own to influence the 2020 election and elect Joe Biden. (A Senate investigation on Hunter is set to ramp up in 2021 when the Biden presidency cannot be reversed).

In Russia, and now America, we have wealthy businessmen and political outsiders manipulating national, democratic elections to benefit themselves and their elite counterparts. Big Tech isn’t even trying to hide its political opinions or hunger for power now. Twitter removed Trump permanently from its platform, and other Republican figures are also finding themselves censored. Big Tech CEOs know that no one in the government they helped elect will stop them. In fact, Biden has only shown support for more censorship on social media.

Can Biden truly be tough on Big Tech or protect Americans’ First Amendment rights when he is indebted to the Big Tech oligarchs? If Big Tech CEOs take a lesson from the Russian oligarchs, then nothing is stopping them from using their influence to force Biden, or even future presidents, to do their bidding and enable their personal agendas.

Big Tech CEOs are becoming the new American oligarchs, and we cannot allow them to become the invisible hand behind our democracy. We must check their power before we share even more parallels of corruption with Russia’s farce of a democracy.