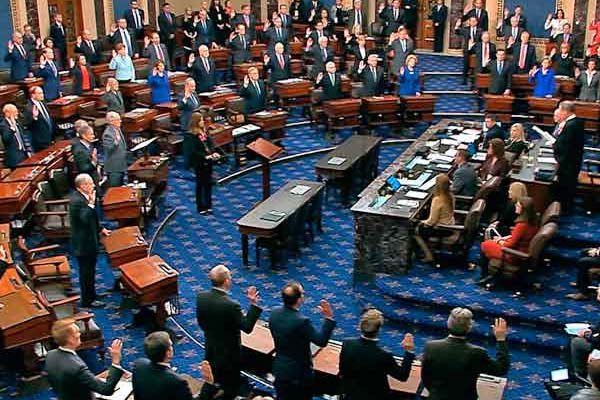 Last week, we asked readers “Should the Filibuster be Abolished in the US Senate?” This followed debates between Republicans and Democrats in recent weeks over the filibuster’s status. A total of 790 readers contributed their thoughts on this important issue.

The vast majority of voters said “No,” the filibuster should not be abolished in the Senate, making up 94.94 percent of the vote (750 readers). Only 5.06 percent (40 readers) felt that it should be abolished.

While the filibuster has undergone several adjustments before, it has been a key part of the US Senate process for many decades. Minority Leader Mitch McConnell (R-KY) and other Republicans have been adamant about ensuring the filibuster remains in the current Congress. Democrats, however, currently control the White House and both houses of Congress, meaning there would be less opposition should they wish to change the filibuster process. It will be interesting to see if both sides come to an agreement or if any modifications are made to the filibuster.