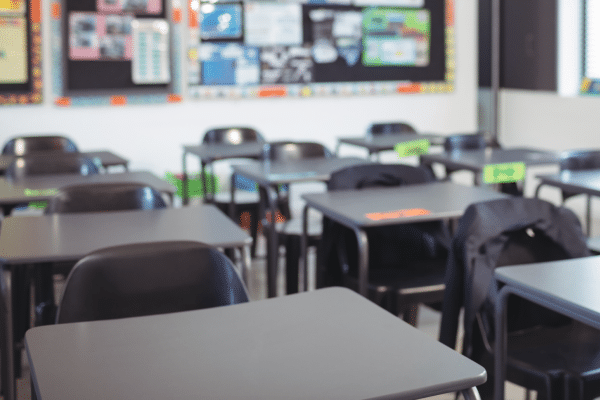 Years ago, friends told me the class was going to be unusual, but I didn’t think much of what they said. After all, it was just American history for 10th graders. How different could it be?

Quite different, it turns out.

You see, this class wasn’t actually designed to teach students American history. If that was the case, we’d have studied what happened in our country — the revolution, westward expansion, the Civil War, the world wars, and all the rest — bolstered by interesting discussions to stimulate our critical thinking about America’s past.

No, this class was designed to indoctrinate students, to taint our view of America.

To accomplish this, our teacher had a clear message from the beginning: White men are bad, so we’re not going to waste our time with them.

Instead, we spent most of our time reading obscure texts that portrayed America as a racist, hierarchical country.

We only focused on black, women, and Native American history, never learning about George Washington, James Madison, or even Franklin Delano Roosevelt or John F. Kennedy.

Our teacher assigned Blood Done Sign My Name, a book that explores the 1970 murder of a black man in North Carolina by white men (who were later acquitted by an all-white jury).

This curriculum was perfectly fine and useful — except we never read the Constitution! We never actually learned about American history.

That’s not an exaggeration. I don’t recall a single lesson or homework assignment that taught the class about a concrete episode of history in an objective way.

There were no lectures about Washington or the American revolution, no discussions about the Louisiana Purchase, no assigned readings about what caused America to become the world’s biggest economy at the turn of the 20th century.

And, naturally, our textbook was written by Howard Zinn, a communist.

To be clear, it’s both right and crucial to teach students about American history from different perspectives. Kids should learn that westward expansion included the slaughter of Native Americans. We should read what slaves endured on Southern plantations. We should read firsthand accounts about the adversity that American women faced. And we should learn about the amazing accomplishments of minorities.

But it’s essential to learn the basic, “conventional,” chronological history, too.

I remember in my American history class learning how Lincoln didn’t care about freeing the slaves and just wanted to preserve the Union. There’s nothing wrong with having that conversation, even if I disagree, but students need to learn the basic history of the Civil War and Lincoln’s role before having it.

But in my class, we didn’t learn that history. So, in the end, all we took away was that Lincoln was no hero and America was racist, dominated by white people.

America can’t survive generations of students learning to hate their country and revile its heroes.

What I now realize, looking back on that class years later, is that I was subjected to a far-left, progressive ethnic studies curriculum similar to what California is now trying to implement in its schools. Of course, such classes are only more radical and politicized today.

Purely as an educational matter, you don’t actually learn anything from such curricula — besides an ideology. You gain a grievance, not an education. I know from firsthand experience.

More broadly, this kind of education teaches kids to resent America as an evil, racist country.

But it’s even worse than that: Such classes impose tribalism on America’s youth, laying the groundwork to divide Americans based on race, ethnicity, and sexual orientation. By discarding any sense of shared American identity and focusing solely on individual identity and discrimination, this becomes inevitable.

In other words, the beginnings of identity politics are brought into the classroom. Think about it: Identity politics is all about telling people they should hold certain political views and vote for certain parties or candidates solely because of their identity — racial, ethnic, sexual, or otherwise. Woke education builds the foundation for such thinking.

There’s a simple lesson here: If you really want to unify the country, do something about K-12 education. Fight the efforts to impose divisive, anti-American curricula on America’s youth. Education should focus on teaching raw knowledge and developing critical thinking, not imposing a hostile ideology.

And, I would argue, education in the United States should also pass on to the nation’s youth an appreciation of their country, a sense of patriotism. Not indoctrination but truth.

Unless this happens, my 10th grade US history class will be nothing compared to the indoctrination that students will face — years before setting foot on college campuses.

The result will be an even more deeply polarized America.

As Lincoln said, a house divided cannot stand. (You can bet I didn’t learn that in US history class.)