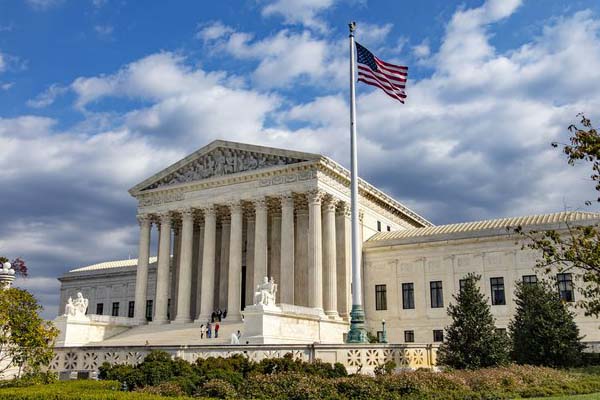 In the final days of the 2020 presidential campaign, President Joe Biden either refused to respond — or was extremely measured in his response – to questions about potentially “packing” the Supreme Court. Biden declared, “you’ll know my opinion on court packing the minute the election is over.” Well, the election has come and gone, and we still don’t know if the Biden administration plans to add additional justices.

Since the beginning of America, our founding fathers believed in a government limited by the separation of power. One of the essential aspects of this power separation is the Judiciary Branch, which ensures that all laws are constitutional.

The Trump administration was able to seat an unprecedented three justices, ultimately skewing the Court to a 6-3 conservative favorite. Since justices serve for life, far left groups fear conservative values could rule in the Supreme Court for decades to come. They quickly began calling for efforts to expand the court.

Despite a failed attempt by FDR in 1937 to pack the Court to ensure a liberal majority that would support his New Deal, the Supreme Court’s membership has remained at nine justices since 1869. As a senator, President Biden himself saw FDR’s attempt to place additional justices as “a bonehead idea.” But the new Biden administration quickly created a commission set on reforming the High Court.

Under the direction of the White House Counsel’s office, the bipartisan Supreme Court Commission plans to study reforms for the Supreme Court and federal judiciary. Many Republicans in Congress fear the commission is the first step to appeasing progressive groups’ calls to expand the  Court’s bench. As Rep. Ken Buck, R-Colo., said, “Well that didn’t take long. President Biden is already organizing a commission on Supreme Court ‘reforms’ (read: Court-packing).”

According to Politico, the Biden administration is expected to appoint between nine and 15 members to the commission, which will be co-chaired by former Obama Department of Justice Deputy Assistant Attorney General Cristina Rodríguez and Biden campaign lawyer Bob Bauer. In a 2018 article in The Atlantic, Bauer says, “court packing is not a reform in response to concerns about the Court’s wider and controversial role in resolving political and policy conflicts. To pack the Court does not serve to strengthen the institution, even if it maximizes the chances of winning particular cases.” In addition to Rodriguez and Bauer, Caroline Fredrickson and Jack Goldsmith will also serve on the commission. Fredrickson, the former president of the American Constitution Society, is supportive of Court expansion.

For many voters, Democrat and Republican, Biden was a centrist choice to unite a divided country. At his inauguration, Biden said that he would be a president for all Americans, not just the ones who voted for him. A recent poll found that only 46 percent of respondents were in favor of increasing the number of Supreme Court Justices, with one-third of those respondents being Republican. It’s hard to imagine how an attempt to pack the Supreme Court would promote unity — and not merely be seen as a partisan political powerplay.

Although there has been immense pressure for President Biden to expand the Supreme Court, the only way to do so would be if the newly Democrat–controlled Senate abolished the filibuster. This would allow Congress to pass a bill changing the number of justices in both chambers by simple majorities, which Biden could then sign into law.

As Biden said in October, “The last thing we need to do is turn the Supreme Court into just a political football, whoever has the most votes gets whatever they want. Presidents come and go. Supreme Court justices stay for generations.”

You are exactly right Mr. President! Packing the Court creates a precedent that whenever a party gains power, they can change the rules to keep that power, sowing the seeds for more political division. [vc_separator][vc_column_text]