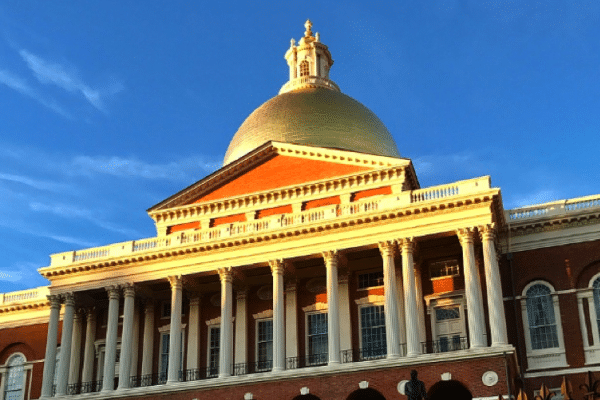 The new Biden administration brought with it heightened rhetoric on climate change, and state officials seem eager to follow its lead. For one New England state, it seems they only have one emissions-reducing option left—targeting everyday citizens.

According the Washington Examiner, Massachusetts Undersecretary for Climate Change David Ismay recently warned, “60 percent of our emissions that need to be reduced come from you, the person on your street, the senior on fixed-income.” He explained that a recent analysis showed over half of the state’s emissions come from residential heating and passenger vehicles. “Something has to give,” Ismay said.

Ismay reportedly believes that climate agencies are facing fewer options. In a recent meeting, Ismay told the Vermont Climate Council, “Right now, there is no bad guy left, at least in Massachusetts, to point the finger at and turn the screws on and now break their will, so they stop emitting. That’s you. We have to break your will.”

The statements drew immediate criticism from Massachusetts Gov. Charlie Baker, the Washington Examiner reports. “First of all, no one who works in our administration should ever say or think anything like that,” Baker explained. “Secretary Theoharides is going to have a conversation with him about that.”

Ismay admitted that his statements would not be tolerated by most, telling the Vermont group, “I can’t even say that publicly.”

The report shows the increasing desperation of out-of-touch government bureaucrats to justify their positions. Small states like Massachusetts have little effect on national (or global) emissions and have almost nothing to contribute to the national energy conversation. It seems that for climate alarmists, the more ridiculous the proposal the better. Thankfully, even liberal Massachusetts knows better.

Read more about this story at the Washington Examiner. [vc_separator][vc_column_text]