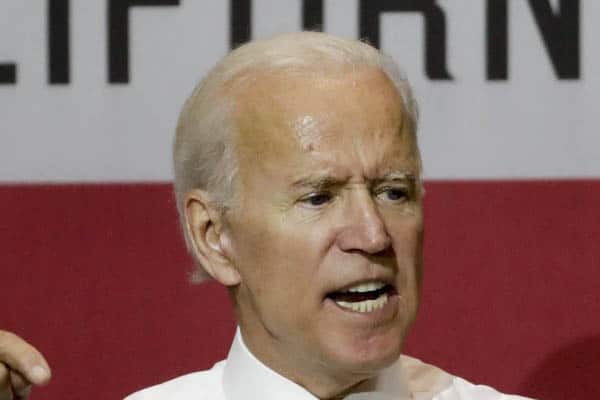 In the latest example of the disconnect between the elite Left and real Americans, a January headline in the Los Angeles Times read: “Make America California Again? That’s Biden’s Plan.”

According to the newspaper, “California is emerging as the de facto policy think tank of the Biden-Harris administration and of a congress soon to be under Democratic control.”

The influence that California has on the elite Left in Washington is profound. As the Los Angeles Times wrote, “There is no place the incoming administration is leaning on more heavily for inspiration in setting a progressive policy agenda.”

It is nothing short of delusional to look to California as a model for the United States. How could the California model of progressive, big-government, high-tax politics work for America, when it is not even working for Californians?

While the elite Los Angeles Times celebrates that new administration “is embracing some of California’s most pioneering initiatives,” there is a massive effort underway throughout the state to recall Gov. Gavin Newsom. Organizers and groups such as Rescue California have collected more than 1.5 million signatures – the number needed to trigger a recall election. These signatures need to be verified, so the organizers aim to collect at least 1.8 million by the mid-March deadline.

Gov. Newsom’s polling numbers have plummeted in two separate California polls. A Berkeley Institute of Governmental Studies poll released in February found that only 46 percent of Californians approved of Gov. Newsom’s job performance. This is a dramatic decrease from an IGS poll in September 2020, when two-thirds of Californians supported the governor. Another poll released just hours after the Berkeley poll, by the Public Policy Institute of California awarded Newsom support from 52 percent of likely voters, but it was a sharp downturn from a peak of 64 percent in May 2020.

But Californians are taking issue with more than the governor. The Left’s radical policies are being increasingly rejected by Californians. Following the November election, Politico reported that “[i]t was the best year for Republicans in California in more than a decade.” Republicans took back four congressional seats from Democrats. Also, out of 11 ballot propositions that the California GOP endorsed, Republicans won seven, while Democrats won four.

Also, the state is currently embroiled in a massive unemployment fraud scandal. Julie Su, secretary for the California Labor and Workforce Development Agency even admitted “California did not have sufficient security measures in place to prevent this level of fraud.” At least $11.4 billion in unemployment benefits have been paid out to scammers – many to foreign criminal gangs. Some estimates of claims that have been paid to fraudsters are as high as $31 billion.

As the investigation into fraud continues, honest Californians in desperate need of financial assistance during the pandemic have been subject to payment backlogs. Victimized citizens whose identities have been stolen are getting requests to pay taxes on unemployment benefits that were paid to criminals.

John Cox correctly described the situation in California saying, “It’s in dysfunction, almost every aspect of life.” He noted that the quality of life is low in California because of the “cost of living, high poverty rate, high taxes, and high housing costs.”

There is no better example for how out-of-touch the liberal elites are from everyday Americans than in California.

As House Speaker Nancy Pelosi eats ice cream that is $12 per pint in front of her two Wolf Sub-zero refrigerator-freezers (that range in cost to up to more than $20,000-plus), there is a map that shows all of the reports of human waste on the streets in San Francisco.

As businesses suffer across the state from strict government shutdown orders – and the California Department of Public health issued absurd holiday gathering mandates – Gov. Newsom lavishly dined with lobbyists and friends at the French Laundry restaurant, and Speaker Pelosi got her hair done in a San Francisco salon.