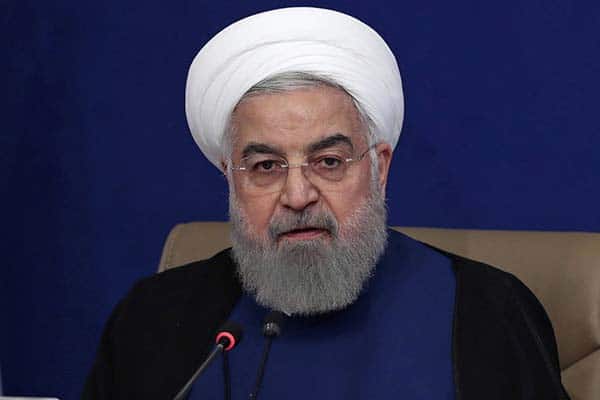 The supposed shining star of President Barak Obama’s administration, the Iran Nuclear Deal, is once again on the table for negotiations. When President Donald Trump removed America from the deal in 2018, the United States was receiving no benefits from the deal -- and was on track to have a nuclear arms race in the Middle East by 2030. Trump refused to stay in a deal that allowed America to be “held hostage by nuclear blackmail," opting instead to increase sanctions on the region and economically force Iran to cease production of nuclear weapons.

Now, once again, America is recommitting itself to the Iran Nuclear Deal under President Joe Biden. Biden is intent on undoing most Trump-era policies, and the Iran Deal is no exception -- regardless if the deal is flawed and will lead to an arms race once expired. Biden doesn’t seem concerned by these projections. Iran, however, has different nuclear aspirations than Biden, causing a standstill in negotiations.

Biden and Iran’s Supreme Leader Ayatollah Ali Khamenei have articulated that they each want different, and opposing, agreements in the deal. Khamenei is adamant that the “US must first lift all sanctions for Iran to comply with the commitments under the 2015 Iran nuclear accord.” Biden claims the “US will not lift sanctions against Iran unless the country first stops enriching uranium,” to its current level of 20 percent, a condition to which Iran is unlikely to agree.

With completely opposite goals, Biden and Khamenei are unlikely to reach compromise. If Biden truly wants to rejoin the deal, he may have to sacrifice all his proposed updates to comply with Iran’s wishes. That would leave America in a deal where Iran is looking to rapidly increase uranium enrichment and will eventually reach nuclear levels. No American deal should be accommodating towards the world’s largest supporter of terrorism and its future stockpile of nuclear weapons. Unfortunately for the United States, this is a completely partisan stance.

House Democrats have urged the Biden administration to rejoin the Iran Nuclear Agreement as is. These 150 Democrats did not call for any new restrictions on Iran or changes to the agreement, giving in to Khamenei’s terms. House Republicans know how important it is to limit uranium enrichment before rejoining, if we rejoin at all. So 120 GOP members sent a letter to President Biden urging him not to rejoin the agreement. You can read the full letter opposing the deal here.

Democrats and Republicans are in direct contention over rejoining the Iran Nuclear Deal, forcing Biden to be fully partisan no matter what course of action he pursues. To whom will Biden listen: The 150 Democrats who want a quick sign off on the deal that brings us back to 2015 status with Iran; or the 120 Republicans who want updated restrictions? Party allegiance will likely cause Biden to side with his fellow Democrats, a disastrous foreign policy move.

In his second month of office, Biden is learning that in order to keep his campaign promises, he must ignore Republican suggestions and be a partisan president, even if it denies all common sense. Iran, Russia, China, and North Korea are all becoming increasingly dangerous nuclear powers. If the Biden administration goes easy on one region, the others will take advantage of the soft, overly agreeable United States.

If Biden rejoins the Iran Nuclear Deal without Republican support, he is sending the world the message that his party loyalty is bigger than the major policy goals of the United States. Countries that want to  increase their own nuclear capabilities will be glad to hear it.