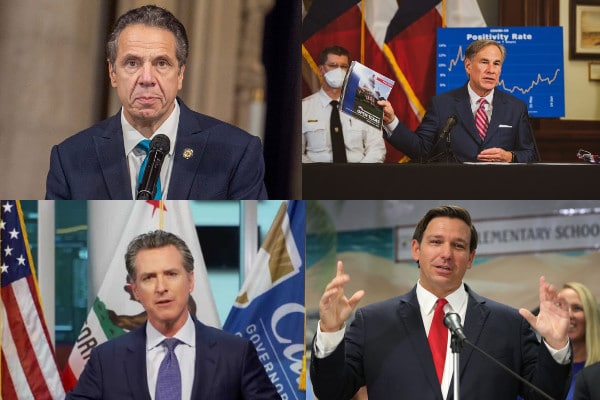 The leading Democratic governor of our largest state, California, is in deep trouble fighting for his political life. On the other side of the continent in New York, you have evidence that Gov. Cuomo faces calls of impeachment over his handling of COVID-19 deaths in the states’ nursing homes. So, both Govs. Cuomo and Newsome are now deeply wounded.

By contrast, Gov. Abbott of Texas, the second-largest state, and Gov. DeSantis of Florida, the third-largest state, are doing great. They have great economies. They’re doing well handling COVID-19. They are generally popular. It just strikes me if you’re the party with the great governors doing great things, you’re probably in better shape than the party with really bad governors doing terrible things.