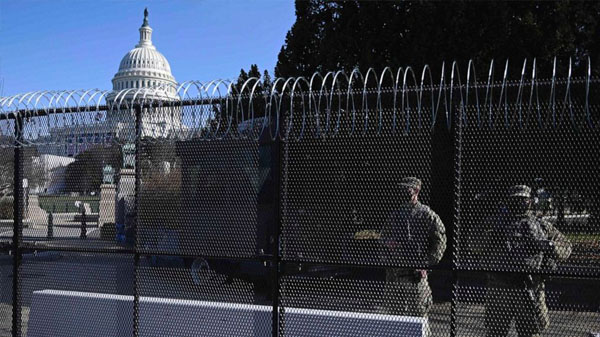 Since the egregious Jan. 6 attack on the US Capitol, Speaker Nancy Pelosi has gone all in on security. It is understandable. Following the riot, members of Congress and their staffs have felt unsafe. But Speaker Pelosi has had a myopic focus solely on Trump-Republicans, rather than true safety.

To begin with, Pelosi focused on the members of Congress themselves to ensure supposed security. It is now mandatory for lawmakers to walk through metal detectors before entering the House chamber. Representatives who bypass the detectors are susceptible to fines of $5,000 for the first offence and $10,000 for the second. The Speaker cites increased anxiety and partisan frictions as rationale for these increased security measures. Now, no member of Congress was responsible for the Jan. 6 attack. But according to Pelosi, “the enemy is within the House of Representatives.” She suggests that representatives—who take an oath to support and defend the Constitution of the United States against all enemies, foreign and domestic—are the actual enemies. How can a government function when one party’s representatives blatantly state the other party’s chosen officials are a security threat?

Next, Pelosi focused on the American public to guarantee so-called security, by surrounding the Capitol in razor-wire topped fencing and National Guardsmen. Our nation’s capital looks like a shadow of its former self. Thanks to Speaker Pelosi, the world’s bastion of freedom and democracy remains locked down. The fence still stands in place even after the proposed “No Fencing at the United States Capitol Complex Act” and a letter to Speaker Pelosi demanding its removal. What message does it send that the representatives we elect must be protected from us? In his recent article Speaker Gingrich argues Pelosi is hell bent on convincing us that the greatest threat to America is from American conservatives. How’s that for bipartisanship?

Lastly—after another failed attempt to convict former President Donald Trump of impeachment—Pelosi turned her focus on creating a “9/11 type commission” to ensure security. Speaker Pelosi suggests the new commission will investigate why government officials and law enforcement failed to stop the attack on the US Capitol. According to the New York Times, the commission is the primary remaining option for Congress to hold Trump accountable for the Capitol riot. Their obsession with attacking Trump will not end until he is barred from running from office again. After Trump’s second acquittal, Pelosi has proposed this commission to make sure the witch hunt for Trump never ends.

As former Obama Chief of Staff Rahm Emanuel, said, “Never allow a good crisis go to waste. It’s an opportunity to do the things you once thought were impossible.” Much like the policies that followed the Oklahoma City Bombing and 9/11, Pelosi is not going to let the Jan. 6 assault on the US Capitol “go to waste.” Speaker Pelosi sees the Capitol riot as an opportunity to vilify Republicans and take more freedoms from the American people in the name of “security.”