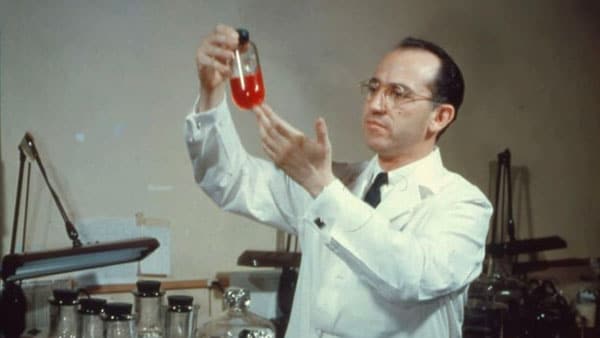 In 1952, nearly 60,000 children in the United States were infected with the poliovirus and thousands were paralyzed.  More than 3,000 children died.  Dr. Jonas Salk and his research team at the University of Pittsburgh, launched the largest human vaccine trial in history, injecting nearly 2 million American children with a potential vaccine.

What is Polio? – Center for Disease Control and Prevention