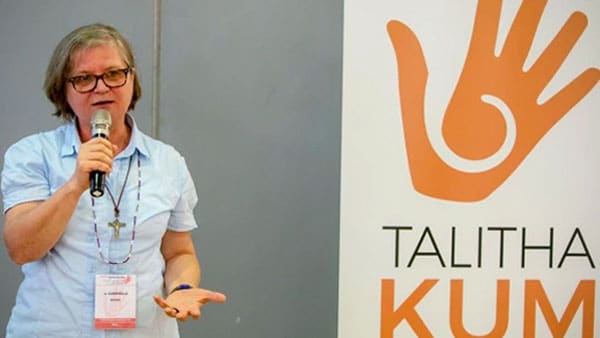 Flordeliza Arejola, 32, was one of several Filipinas recruited to work in the United Arab Emirates before being trafficked to work in Syria.

“My employer slapped me and put my head into the wall. I escaped because he did not give me a salary for nine months,” she recently told the Washington Post. “I waited until he was asleep and climbed over the wall.”

Flordeliza fled to the Philippine Embassy in Damascus, where dozens of women are seeking shelter, unable to return home.  Many of them were similarly subjected to physical and sexual attacks and denied salaries they were promised. Now they are trapped in Syria.

Some 5,000 miles away, authorities in the Ivory Coast detained four people and rescued 42 others, all nationals of neighboring Burkina Faso, in an anti-human trafficking operation.  Nearly half of those rescued were children between the ages of 12 and 17.

Make no mistake: Human trafficking is a global crisis.  As the U.S Department of State’s 2020 Trafficking in Persons Report reveals, about 25 million men, women, and children worldwide are victims of human trafficking.  They are lured with false promises — often by people they trust — and forced into prostitution, domestic servitude, and other forms of modern slavery.

The fight to eradicate human trafficking strikes at the core of our moral responsibility as human beings.  Indeed, modern slavery is a stain on all of humanity, egregiously violating the unalienable rights that belong to every human being.

The U.S. Government and our partners have been fighting human trafficking for decades.  2020 marked the 20th anniversary of the Trafficking Victims Protection Act (TVPA), which established the U.S. Department of State’s Office to Monitor and Combat Trafficking in Persons.

Last year also marked the 20th anniversary of the Palermo Protocol, which was adopted by the United Nations as a multilateral tool to prevent, suppress, and punish trafficking in persons. Today, 178 countries are signatories to the Protocol, making it one of the most widely adopted international accords in history.

But governments cannot solve this crisis alone. Survivors, civil society, and faith-based organizations must work together.

One organization that leads the fight against human trafficking with great courage and effectiveness is Talitha Kum, an international network of women religious.

Talitha Kum is an expression from the Gospel of Mark which means, “Young girl, I say to you, arise.”  Since 2009, Talitha Kum has helped countless men, women, and children “arise” from the horrors of human trafficking, serving more than 10,000 survivors.

The women religious of Talitha Kum work each day to combat human trafficking.  They are key partners for law enforcement worldwide, braving the omnipresent threat of criminal and terrorist organizations that profit from this global crime.

Furthermore, since 2015, Talitha Kum has coordinated the International Day of Prayer and Awareness against Human Trafficking.  Established by Pope Francis, this day is marked annually on February 8, the feast day of St. Josephine Bakhita, the patron saint of human trafficking survivors.

Talitha Kum’s work has expanded under the leadership of Sister Gabriella Bottani, the network’s international coordinator.  Sister Gabriella’s work has inspired generations of anti-trafficking advocates.  The U.S. Department of State honored her as a 2019 Trafficking in Persons Report Hero.

As the United States Ambassador to the Holy See from 2017 to 2021, I had the honor and privilege of working with Talitha Kum and seeing first-hand how important their work is.

Human trafficking, like COVID-19, is a global emergency that affects us all.  Together with organizations such as Talitha Kum we can raise awareness, save lives, and eradicate this horrific injustice. [vc_separator][vc_column_text]