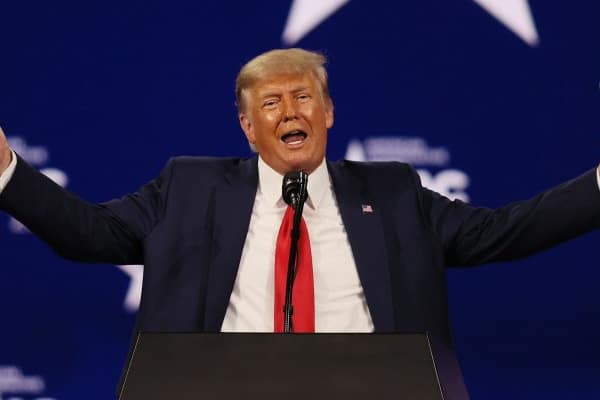 A Flash Briefing from the Gingrich 360 Team:

Following President Joe Biden’s inauguration in January, many Americans have waited to hear what is next for Donald Trump. Finally, at the Conservative Political Action Conference (CPAC) last week, Trump confirmed that he would not be starting a new political party and would remain aligned with the GOP.

Trump did make it clear, however, that “Never Trump” members of the Republican party would be challenged by candidates he hopes to support. He even singled out the 10 representatives who voted to impeach him by name during his speech at the conference.

Since the former president’s impeachment trial, where several Republicans spoke out about his role in the Capitol riots, some worried there would be a permanent divide with Trump. With this in mind, it’s undeniable that the party cannot afford to lose the new voters he has attracted. Despite his loss in the election, a record number of voters in minority groups turned out for Trump. While its clear there is a divide in the GOP thanks to Trump’s comments, it remains to be seen what strategy they will use to combat Democrats in the 2022 elections.