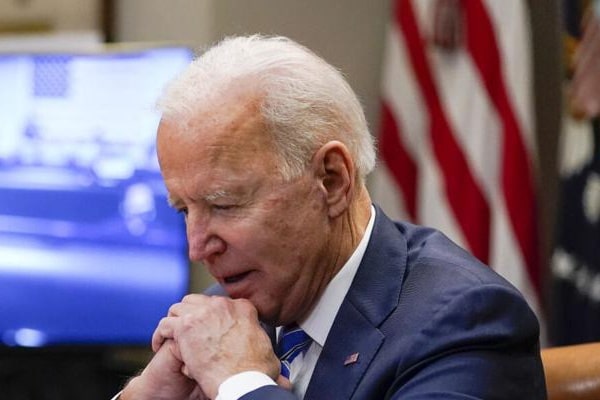 President Biden was overjoyed with the success of NASA’s Perseverance rover, which landed last week on Mars. Unfortunately, the excitement led to a questionable line from the president during a conference call with NASA scientists and engineers.

After being thanked by Swati Mohan, head of guidance, navigation, and control operations for the NASA Jet Propulsion Laboratory, Biden responded uncomfortably, to say the least.

“Are you kidding me? What an honor this,” Biden said to Mohan.

But he continued, saying, “And it’s amazing. Indian-of-descent Americans are taking over the country. You, my vice president, my speechwriter.”

The comment follows persistent criticism of Biden’s attitude towards Indian Americans stemming from a 2006 incident where he said, “In Delaware, the largest growth of population is Indian Americans, moving from India. You cannot go to a 7-11 or a Dunkin’ Donuts unless you have a slight Indian accent. I’m not joking.”

Biden showed some apparent awareness at the bizarre nature of his comment, attempting to smooth it over after the NASA conference. As The Washington Examiner reports, the president said, “One of the reasons why we’re such an incredible country is we’re such a diverse country.”

In a society held hostage by the demands of cancel culture and political correctness, it is amazing that President Biden can escape from words like these. While Americans are told that context doesn’t matter, it seems that one context does—your political power. All citizens should be held to the same standard, including the president. If not, our standards should change. So long as Americans bow to cancel culture out of politeness, it will only become worse.

Read more about this story at The New York Post.[vc_separator][vc_column_text]