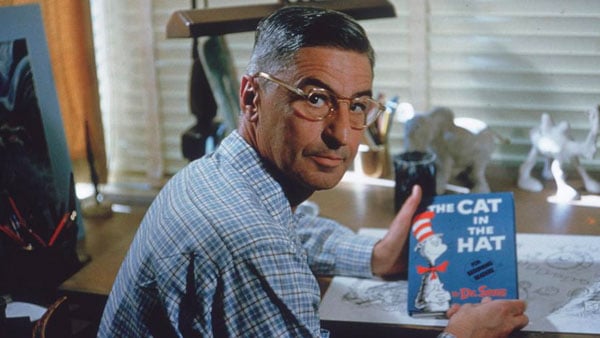 Learning to read is one of the first opportunities children have to develop their minds, learn about the world, and become happy, well-rounded people.

This skill alone creates the foundation upon which we learn nearly all other knowledge and disciplines.

In light of the breakdown in our school systems – especially large urban systems which fail to educate a high percentage of poorer children – coupled with mass school closures over COVID-19, children need incentives and opportunities to read more than ever.

This is why America needs Dr. Seuss.

We believe in books, and we are both New York Times best-selling authors. Callista, in particular, has written seven children’s books about Ellis the Elephant and American history.

This is why we stand in awe of Theodor Seuss Geisel. Born in 1904, he became the best-selling author of all time. His books have sold more than 600 million copies and been translated into more than 20 languages.

“Nearly twenty-five years after his death, Dr. Seuss continues to dominate the world of children’s books to an astonishing degree.

“Today, one in four children’s first book is one penned by Theodor Seuss Geisel. The Cat in the Hat, Green Eggs and Ham, and How the Grinch Stole Christmas!, all published prior to 1970, remain among today’s bestselling children’s books.

“In 2001, Publishers Weekly released a list of the bestselling hardcover children’s books of all time in the United States. This was the last time a comprehensive list was produced. By total units sold (66 million) and number of books in the top 100 (16), Geisel is on top by a longshot.”

His books’ appeal to children has extended into television and film for decades.

Before President Joe Biden eliminated Dr. Seuss from the annual Read Across America Day proclamation, the author had been widely praised.

“Read Across America Day marks the birthday of Theodor Seuss Geisel, better known to the world as Dr. Seuss. Through amusing wordplay and engaging tales, his stories have helped generations of young Americans enjoy reading and sharpen basic reading skills, vital tools for their future success.”

“This day is also a time to honor the legacy of Theodor Seuss Geisel, known to us as Dr. Seuss. Countless Americans can recall his books as their first step into the lands of letters and wordplay. With creatures, contraptions, and vibrant characters, they have led generations of happy travelers through voyages of the imagination. Yet his tales also challenge dictators and discrimination. They call us to open our minds, to take responsibility for ourselves and our planet. And they remind us that the value of our possessions pales in comparison to that of the ties we share with family, friends, and community.”

“Pretty much all of the stuff you need to know is in Dr. Seuss. It’s like the Star Belly Sneetches, you know. We’re all the same, so why would be treat somebody differently just because they don’t have a star on their belly? If I think about responsibility, I think about Horton sitting on the egg up in the tree, while Lazy Mayzie’s flying off, doing whatever she wants. You know what I mean? All I’m saying is as you get older what you find is Dr. Seuss that the homespun, basic virtues that your mom or your dad or folks that you care about or admire, taught you about hard work, being responsible, being kind, giving something back, being useful, and working as a team…turns out that’s all true.”

Somehow President Obama’s endorsement of Dr. Seuss was not enough for President Biden and the woke police.

“This isn’t really about Seuss. This is about progressive indoctrination. The NEA has a helpful list of books to consider as replacements for Seuss. You can see the list here. The list is an indoctrination course in woke. From Julián Is a Mermaid, about a boy who wants to be a mermaid, to Americanized: Rebel Without a Green Card, a story about illegal immigrants in the United States, to The Prince and the Dressmaker, about a crossdressing prince.”

The current crisis of censorship and cancel culture should be contrasted with an earlier Democratic icon. Then-Sen. John F. Kennedy warned the nation in 1960 against the dangers of censorship:

“If this nation is to be wise as well as strong, if we are to achieve our destiny, then we need more new ideas for more wise men reading more good books in more public libraries. These libraries should be open to all—except the censor. We must know all the facts and hear all the alternatives and listen to all the criticisms. Let us welcome controversial books and controversial authors. For the Bill of Rights is the guardian of our security as well as our liberty.”

We believe children everywhere need the wisdom of Dr. Seuss – and his uniquely effective ability to get them interested in books and reading.