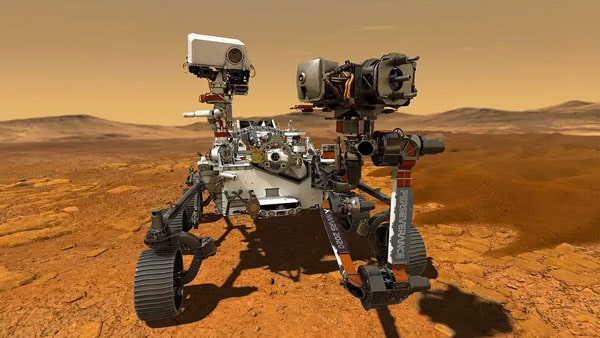 I’ve been fascinated by space since my earliest childhood, when I would read comic books about Martian invasions of Earth and rockets that took humans to the far reaches of the universe.

In the last year, I greatly admired Vice President Mike Pence’s leadership on America’s Moon to Mars mission plans. I reveled at the successful launch of the Space X rocket from the Kennedy Space Center at Cape Canaveral, Florida on May 30. For the first time in decades of my working and advocating for space exploration, we are on the edge of a breakout of new space activity.

So, it was my great pleasure to talk with Dr. Adam Steltzner on this Sunday’s episode of Newt’s World. Steltzner is the chief engineer for NASA’s Perseverance Rover, which successfully landed on Mars on Feb. 18 and is now collecting data and materials that will be key to our study of life on that planet. He works at NASA’s Jet Propulsion Laboratory in Pasadena, California, which is one of NASA’s highest-achieving facilities.

I was totally captivated by the Perseverance landing last month. I – along with many in the country – watched live as the spacecraft entered the Mars atmosphere and entered its landing program. The country sat in silence as JPL was cut off from communicating with Perseverance in a planned blackout period – trusting that the software the team had developed would successfully bring the spacecraft to a safe landing. And, along with everyone else, I was elated when the connection was re-established, and Perseverance was underway on the Martian surface. It was all amazing – and a vitally important step to our understanding Mars.

Steltzner talked with me about the latest mission to Mars – what we hope to achieve and discover – and what’s next for JPL and his team. Interestingly, Steltzner shared the remarkable story of how he became a NASA engineer in the first place.

When Steltzner was in high school, he was more interested in his rock band than he was in going to school. In fact, he barely graduated and then went on to community college to study jazz. But one evening, he was driving home from class and realized the Orion constellation was in a different position in the sky than it had been when he last noticed it. This led him to try to sign up for an astronomy class. The hitch was the class had mathematics and physics requirements. Steltzner decided to take the prerequisite classes so he could eventually take astronomy – and discovered he had a remarkable gift for math and physics.

This one decision set a would-be garage rock star on the path to earn a degree in mechanical engineering at the University of California, Davis, a master’s degree in applied mechanics at California Institute of Technology, his PhD in engineering mechanics from the University of Wisconsin-Madison – and ultimately become the lead engineer in charge of a team that put Perseverance on Mars.

I hope you will listen to this week’s episode – and share it with any young people in your life who may think school, math, science, or space travel isn’t for them.

It might set them on a path to join Steltzner as one of the people leading America toward an exciting new future.