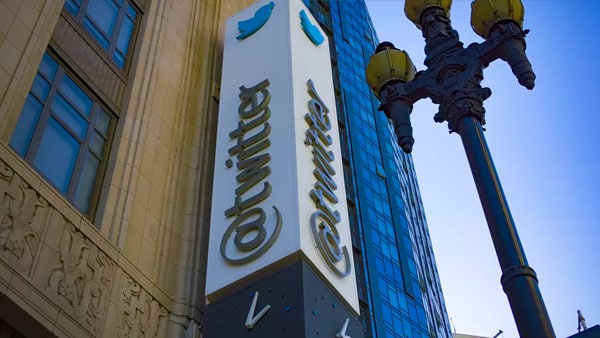 Twitter locked me out over a tweet that criticized the Biden administration’s approach to the Southern Border – and raised concern over immigrants crossing the border illegally who may be infected with COVID-19.

I was reacting to a recent story that federal officials have no way of testing people who are picked up by US Customs and Border Patrol – or forcing them to quarantine.

I am not the only one concerned about this.

Rep. Henry Cuellar, a Texas Democrat, has raised his own concerns about immigrants potentially infected with the virus being allowed to come into his district, which is on the US-Mexico border. In addition to worrying about the health of members of his community – including US Customs and Border Patrol officers – Rep. Cuellar said the Biden administration is not even telling local communities where immigrants picked up by Border Patrol are being released.

As he said early this month, “I got border mayors saying, ‘woah hold it, hold it. Our hospitals are full, we are not getting enough vaccines right now, so you’re releasing undocumented people at our bus stations and our centers without checking them.’”

“If there is a covid surge in Texas the fault will not be Governor [Greg] Abbott’s common sense reforms. The greatest threat of a covid surge comes from Biden’s untested illegal immigrants pouring across the border. We have no way of knowing how many of them are bringing covid with them.”

Twitter promptly sent a note explaining that my account was locked for, “[v]iolating our rules against hateful conduct,” saying:

“You may not promote violence against, threaten, or harass other people on the basis of race, ethnicity, national origin, sexual orientation, gender, gender identity, religious affiliation, age, disability, or serious disease.”

To unlock the account, the message informed me I must delete the tweet or go through an appeals process.

Thinking this must have been an error somehow generated by the company’s algorithm, we sent Twitter a message pointing out that my tweet didn’t “promote violence against, threaten, or harass” anyone. We asked that my account be released.

As of today, we have not received any response. As I told Mediaite on Friday, I fail to see how drawing attention to the public health dangers of massive illegal immigration during a pandemic can be censored.

So, I decided to write this open letter to the leadership at Twitter again asking why my account was locked – and requesting that they end the suspension.

First, there was no reason to censor my tweet or lock my account. Nothing in the flagged tweet “promotes violence against, threatens, or harasses” anyone. It is simply pointing out the fact that those entering the country illegally are not tested for COVID-19 and could be a health risk.

If Twitter decides to continue to censor me, I have a few pointed questions for its leaders.

Finally, this entire experience has made it even more clear to me that Twitter is only interested in censoring conservatives.

As my account remains locked, Louis Farrakhan is free to tweet that the COVID-19 vaccine is dangerous or illegitimate, saying “now God is going to turn your vaccine into death in a hurry.”

I am censored, but the Chinese Communist Dictatorship – which bans Twitter in its own country – is able to spread propaganda and lies about the virus and its origins.

Twitter and all the major social media platforms have become important places for Americans to communicate. They are currently protected by law as public forums. For public forums to serve the public good, they must be open and unbiased.

I hope Twitter will unlock my account, stop its aggressive and biased censorship, and return to the spirit and ideals of free speech which allowed it to prosper in the first place.