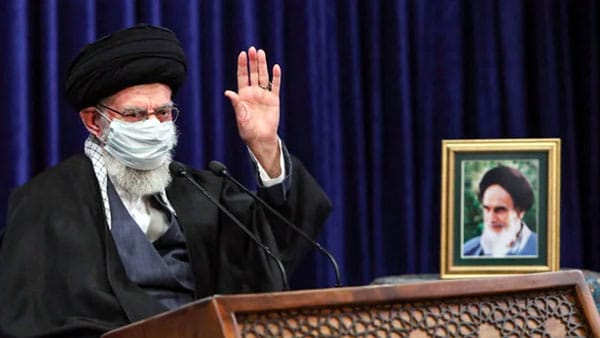 It’s time to get tougher with the Iranian dictatorship – not weaker.

Historically, relations between the United States and the Islamic Republic of Iran have never been positive. When Grand Ayatollah Ruhollah Khomeini overthrew Shah Pahlavi in the 1979 Iranian Revolution, he had totally fooled President Jimmy Carter and his administration into thinking the new regime in Iran would be a friend to America and promote peace in the region.

Of course, as soon as the Ayatollah cemented his power, the mask of friendship was dropped and Iran began waging a 40-year war on the US and our allies in the Middle East.

The trouble was, Carter – and virtually all his Democratic predecessors – could never come to grips with the fact that they had been duped, and that the Islamic Republic of Iran had no intention of being friendly.

President Barack Obama and his administration were the most recent demonstration of this profound misunderstanding about the Iranian dictatorship. Obama spent years in office sending money to and weakening checks on Iran in hopes that the same regime which chants “death to America” would suddenly be a good partner. This misunderstanding was the driving force behind the Joint Comprehensive Plan of Action (JCPOA) – more commonly called the Iran nuclear deal – which the US rightfully exited. The JCPOA may have slowed Iran’s path to attaining nuclear weapons, but it did not stop it. It also did nothing to stop Iran from funding terrorism around the globe – in fact, it gave the regime more resources to do so.

Each day, it seems President Joe Biden’s administration is moving closer and closer to returning to his predecessor’s Iran strategy of weakness and appeasement. Today on Newts World, I spoke with Cliff May, a former journalist who started the Foundation for the Defense of Democracies (FDD). The Foundation has kept a serious and close focus on the actions and movements within the Islamic Republic of Iran.

May has unique insights into Iran, because he was a foreign correspondent in Iran when the Islamic Republic was formed. Unlike many of his colleagues in journalism, he never believed the Iranian regime had any intention of being peaceful.

As May told me, “when they were chanting ‘death to America’ and ‘death to Israel,’ they meant what they said. They just didn’t have the capabilities at that point to achieve their goals. But that’s, of course, why they’re pursuing nuclear weapons right this very minute.”

Yet, since the Iranian Revolution, many diplomats in America and around the world have been working off a system that is lacking imagination and built upon wishful thinking, May told me.

As he pointed out during our discussion, the peace process only makes sense when all parties want peace. In the case of Iran, May argues the regime doesn’t want peace. It wants America’s destruction, Israel’s elimination, and Iran’s victory.

Moreover, May told me the path America is currently on will lead to dire consequences.

“You would think this administration, current administration would have learned from … the failures of the Obama administration and would be punishing the Iranian regime for all this. Instead, they are actively, right now, rewarding that regime and trying to reward the regime more,” May said.

As May and I discussed, the only strategy that has ever worked in dealing with Iran is a policy of maximum pressure. It’s what worked for President Ronald Reagan, and it’s what was working for President Donald Trump. You cannot allow Iran to procure or create nuclear weapons. You cannot allow the regime to take hostages or fund terrorists. There must be real consequences for these behaviors – in the form of strong, united economic pressure.

As May said, if you had neighbors who were abusing their children, dealing drugs, or engaging in other illicit activity, you would not invite them to dinner or go on summer vacation with them. You would keep them at arm’s length and isolate them from your family and friends. Most likely, you’d call the police to stop them from further wrongdoing. This is the perfect model to follow with Iran.

I hope you will listen to today’s episode and share it with your friends, relatives – and members of Congress.

JOIN TODAY to be a part of this special event and receive a BONUS GIFT.Click here to join Newt’s Inner Circle.