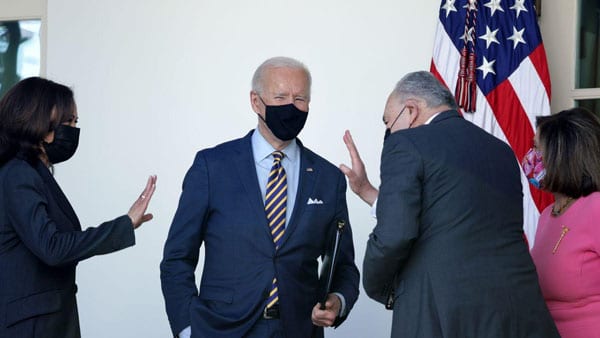 Scott Rasmussen reported for Just the News that 90 percent of the American people favor requiring a COVID-19 test before any person caught entering the country illegally is released from federal custody. Rep. Maryann Miller-Meeks of Iowa led the effort on Tuesday to get the House to bring up testing immigrants and turn it into an amendment to a current bill. Even though 90 percent of the American people believe that there should be COVID-19 testing before releasing people who have illegally entered the U.S., not a single Democrat voted to add this to the bill. Ninety-two percent of Hispanics, 90 percent of Democrats, 85 percent of African-Americans, and 90 percent of all Americans just didn’t matter. The Democratic machine decided to run over all of them.