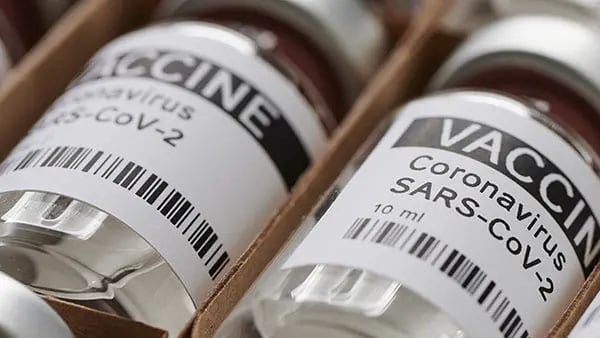 By Newt Gingrich and Joe DeSantis

Given the Left’s desire to ban some of the works of Dr. Seuss, it is not surprising that its members also seem intent on discounting the lessons of another classic children’s story.

In the Aesop’s fable, The Goose that Laid the Golden Eggs, a farmer has a goose that lays a golden egg every day. Instead of being happy with this miracle, the farmer decides to kill the goose assuming there must be an even larger deposit of gold inside. However, the goose is no different on the inside than any other goose, and the farmer is left with nothing.

The story describes the folly of short-sighted decision-making that destroys something that is predictably and routinely valuable. Unfortunately, this is precisely what Democrats seem intent on doing to America’s biopharmaceutical ecosystem – at precisely the time when it has proven most essential.

Thanks to a unique partnership between public sector investment at the National Institutes of Health (NIH) and a robustly capitalized private sector biopharmaceutical industry, the United States has created an engine for new cures and treatments that is the envy of the world.

Both parts of this engine are essential. NIH funds the basic science that identifies promising leads for drug development, and the private sector takes those findings and sees if they can be used to develop new treatments. This latter step must be funded by the private sector because it can move much faster and more creatively than the public sector’s grant application process – and there is simply more money in the private economy than in the public sector.

The value of this public private partnership has just been proven in a spectacular way. Thanks to the ambitious streamlining of regulations and other initiatives in President Trump’s Operation Warp Speed, biopharmaceutical companies were able to rapidly take a theory developed with publicly financed research into mRNA and use the private sector’s considerable resources and agility to develop vaccines for COVID-19 less than a year after it was first identified. NIH Director Francis Collins was right when he called the speed “breathtaking” and said that the Trump administration deserves credit.

Now, even while taking credit for the distribution of these vaccines under President Joe Biden, Democrats want to destroy this critical partnership in the short-sighted search for a nonexistent reward.

According to The Hill, key Democrats, including Sen. Bernie Sanders (VT) and Rep. Rosa DeLauro (CT), are pressuring the United States to support a radical proposal at the World Trade Organization. They seek to strip patent protections for COVID-19 vaccines. Speaker Nancy Pelosi is also reported to have expressed support for this measure.

In other words, they want to kill the goose that lays the golden vaccines. It is hard to imagine a more destructive step for the current pandemic and future drug development.

First, as numerous experts have pointed out, stripping patent protections would not meaningfully increase manufacturing capacity. That’s because there are a limited number of places with the infrastructure needed to safely make the vaccines, and they are already being employed to do so. Even Bill Gates, whose foundation is dedicated to vaccine distribution in developing countries, has said, “There’s not a single additional vaccine that would have come out of [the WTO effort].”

Second, and more fundamentally, the Left consistently fails to understand the kind of incentives that their big government, anti-capitalist economics create. Even if new manufacturing capabilities are brought online, removing the patent protections will simply disincentivize the current patent holders from continuing to produce their vaccines once the wealthier countries of the world are fully vaccinated. So, without patent protections there will be fewer available vaccines for developing countries than if protections remain in place.

That’s in the short term. Removing patent protections would also send a chilling signal across the biopharmaceutical industry, drying up investment and research and development dollars. This would delay or even prevent entirely the next generation of treatments.

This same criticism also applies to most of the Democrats’ proposals regarding drug prices. They sacrifice the future to benefit the present – and even that short-term benefit is minimal.

For instance, Democratic Rep. Frank Pallone (NJ-6), who chairs the House Energy and Commerce Committee, has pledged to take up a bill “similar” to HR 3, which passed the House in 2020 but went nowhere in the Republican-controlled Senate. The White House recently signaled it may use pieces of this bill, essentially taking money out of Medicare to fund the infrastructure package.

HR3 was a grab bag of destructive policies that would cripple biopharmaceutical development by drying up investment in the future. This includes allowing Medicare to dictate the price of drugs. The Democrats refer to it as negotiating prices, but the way the bill is structured, manufacturers must accept the government’s suggested prices or face punitive taxes on the gross sales of the drugs.

Defenders of this idea protest that in other countries, governments set the prices of drugs. This is true. It is also true that these same government routinely refuse to pay for drugs that are available to patients in the United States. That’s because the government is only interested in paying what a drug is worth to the government, not to patients. Patients in those countries, at least, do have some recourse: They can come to America to be treated.

But if America follows the same path, where will American patients go to get treatments that are never developed? Where will we go if Democrats kill the goose that lays the golden eggs?