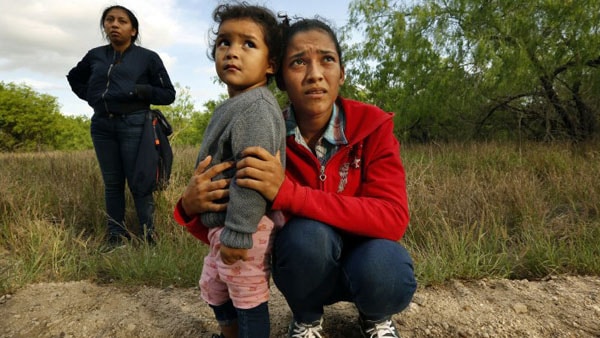 The surge of migrants at the U.S. southern border has dramatically increased in recent months.  According to U.S. Department of Homeland Security Secretary Alejandro N. Mayorkas, “We are on pace to encounter more individuals on the southwest border than we have in the last 20 years.”

In February, changes in U.S. border policy and the search for a better life incentivized more than 100,000 migrants to travel to the United States and cross the southern border.

Sadly, children are now forced to stay in “jail-like” Border Patrol facilities past the 72-hour legal limit because more appropriate shelters are already at 94 percent capacity.  The Biden administration gave an $86.9 million contract to U.S. Immigrations and Customs Enforcement for hotel rooms to address the situation.  While recently leading a congressional delegation to El Paso, Texas, Minority Leader Kevin McCarthy said, “It’s more than a crisis, this is a human heartbreak.”

A critical part of this humanitarian catastrophe is that many migrants are vulnerable to human trafficking, including children and adolescents.

Due to underreporting, it is difficult to know for certain how many human trafficking victims cross the U.S. southern border each year.  Data from the U.S. National Trafficking Hotline, however, provides some insightful information to help understand this horrific crisis.  In 2019, the hotline identified 1,417 cases of human trafficking involving foreign national victims.

Although the terms “human trafficking” and “human smuggling” are often used interchangeably, there are distinct differences between these crimes. Human trafficking involves the presence of force, fraud, or coercion in exchange for labor, services, or a commercial sex act.  Human smuggling involves paying for passage across a national border in violation of immigration laws.

But while the terms are distinct, the fact remains that both types of crimes subject vulnerable people to violence and abuse, while predatory traffickers and smugglers financially profit from the exploitation of human beings.

For smugglers, migrants are seen as merchandise.  According to U.S. Immigrations and Customs Enforcement, “Moving human beings as cargo pays in the billions of dollars for transnational criminal smuggling organizations.”  In February, smugglers received $411.5 million – an average of $14.7 million per day – for transporting migrants from Central America and Mexico to the United States.

In some cases, human smuggling can turn into crimes of human trafficking.  According to former Tucson Border Patrol Chief Roy Villareal, “A lot of these vulnerable populations use their life savings. Some are essentially indentured servants, and they’re working off this debt.  Some of these migrants are asked to transport narcotics or some form of crime to work off a different part of their debt.”

As we work to address the crisis at our southern border, U.S. government officials must not implement policies that reward or incentivize human traffickers and human smugglers.  Ultimately, a compassionate border policy will encourage legal immigration, celebrate diversity, and will not benefit violent criminals who prey on, abuse, or exploit migrants.  In order for new policies to be effective, we must understand the devastating truths that surround this crisis.