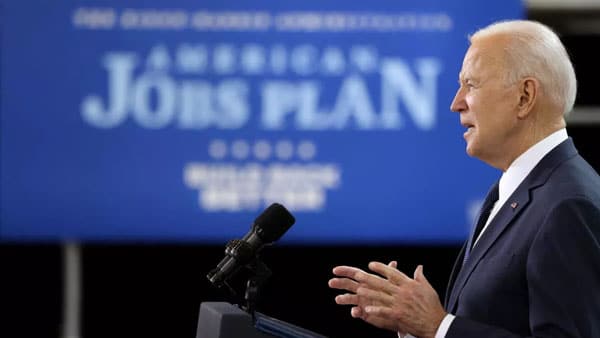 There is a deep irony in President Joe Biden’s decision to start looking for support for his American Job Killing Tax Plan in Pittsburgh, Penn.

Roughly 230 years ago, the same area was the central battlefield of the Whiskey Rebellion – in which Americans opposed (violently) an overreaching tax on whiskey imposed by the still new federal government.

After the American Revolution, the states were broke and deeply in debt. Then-Treasury Secretary Alexander Hamilton concocted a plan for the federal government to take on the debt and to pay for it all via a by-the-gallon tax on whiskey production. President George Washington was skeptical at first, but the various state government leaders assured him this was a good idea.

So, the Whiskey Tax was enacted in 1791. By September of that year, taxpayers in western Pennsylvania got so mad they started ambushing tax collectors, stripping them naked, tying them to trees, and stealing their horses. It was so bad, tax collectors started quitting.

These kinds of things escalated over then next few years and by 1794, angry mobs had burned down the house of a pro-tax landowner in Allegheny County and assembled 7,000 men to march on Pittsburgh. Eventually President Washington had to assemble a 12,000-man federal militia to scare the mobs into submission. At the time, this was not just an issue for Pennsylvania. It was a serious threat to the stability of the new Union.

So, today, we have President Biden, who is calling to immediately raise all domestic corporate taxes by one-third (from 21 percent to 28 percent), set a minimum 21 percent tax rate for multinational US corporations, raise taxes on oil and gas companies (which will cause the costs of gasoline, heating oil, and plastic to skyrocket), and levy a host of other new tax measures across the economy. I go into further detail about the plan on today’s episode of my Newt’s World podcast.

All of these measures will mean that the companies that employ people will have to lay them off. Construction companies will have fewer workers to complete large infrastructure projects – and the projects themselves will have higher price tags because it will cost more to run the machines necessary to do the work.

Only a true-believing leftwing Washington zealot could imagine a reality in which any of these measures will make America better or improve the lives of Americans.

Raising taxes doesn’t create jobs – and it never has. If you need evidence, look at the unemployment rate after passage of the 2017 Tax Cuts and Jobs Act (which enacted much of the job-creating tax cuts President Biden is clumsily trying to destroy). Along with deep deregulation, the tax cuts led Americans to some of the lowest unemployment rates in modern US history (in fact, the lowest ever for Black and Latino Americans).

Even some Democrats are recognizing that calling to raise taxes in the waning days of a global pandemic is just ridiculous.

According to Axios, Rep. Josh Gottheimer of New Jersey warned “We need to be careful not to do anything that’s too big or too much in the middle of a pandemic and an economic crisis,” adding that “It’s got to be responsible and both parties need to be at the table. This can’t just be jammed through without input and consideration from the other side.”

Meanwhile, Rep. Tom Suozzi (D-N.Y.) also told Axios he wouldn’t support the Biden Tax increases unless tax deductions for millionaires and billionaires in high-tax Democrat-run states (which President Trump capped) were reinstated, saying “I’m not voting for any changes in the tax code unless we reinstate SALT as part of the deal.”

The US Chamber of Commerce – which has been calling for a sweeping infrastructure plan for years – called President Biden’s American Jobs Killing Tax Plan “dangerously misguided.”

US Chamber Executive Vice President and Chief Policy Officer Neil Bradley said, “We strongly oppose the general tax increases proposed by the administration which will slow the economic recovery and make the U.S. less competitive globally – the exact opposite of the goals of the infrastructure plan.”

There’s something else President Biden could learn about the Whiskey Rebellion: It didn’t really end with Washington’s militia in Pittsburgh.

The American people’s rejection of this enormous federal overreach – both the widespread tax and the federal response to the people in western Pennsylvania – gave rise to what is now the Republican Party. This ultimately led to the repeal of the Whiskey Tax in 1802 under Democratic-Republican President Thomas Jefferson.

President Biden’s Jobs Killing Tax Plan is a terrible idea. He needs to stop and ask if anyone (outside of the Democratic Party’s extreme left flank) actually wants what he’s proposing.

My guess is that after the COVID-19 crisis, Americans want to rebuild their businesses, get back to work, and recoup their savings – not pay more taxes.