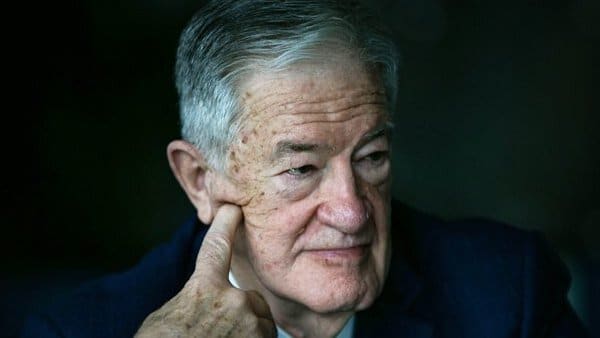 This past week, I had the pleasure of talking with Jack Devine, a 32-year veteran of the Central Intelligence Agency.

During his time at the CIA, Devine was involved in organizing, planning, and executing countless sensitive projects in virtually all areas of intelligence, including analysis, operations, technology, and management. He is the recipient of the CIA Distinguished Intelligence Medal and several meritorious awards, making him the perfect person to talk to about today’s US relationship with Russia.

The US-Russia relationship is tumultuous at best. We all remember when President Joe Biden affirmed that Russian President Vladimir Putin was “a killer,” and how the Kremlin pulled its ambassador from the US in retaliation. That spat occurred in the midst of heightened US sanctions against Russia for the Aleksei Navalny imprisonment and the investigation into the SolarWinds hack. With each of these instances, I couldn’t help but wonder if heightened tensions are occurring solely because Putin is a highly competitive leader, or if our strained relationship with Russia went deeper than the KBG-connected president and into the Russian people.

As Devine explained on my podcast, Putin “is part of the [Russian] culture” and thus representative of the Russian people. Devine predicts Russia’s animosity towards the US is part of its culture, and won’t change anytime soon – even after Putin is gone. The US has to operate expecting these feelings from Russia. Devine said he has learned in his career: “never trust the Russians,” or at least go into interactions with a certain degree of skepticism.

With this in mind, Devine’s book Spymaster’s Prism: The Fight Against Russian Aggression finds it imperative that we protect US interests against Russian manipulation by strengthening our intelligence agencies, cyber security, and even spy forces.

But don’t take this the wrong way. Devine believes that despite the tense relationship and mistrust we have with Russia, we could one day be constructive partners. To accomplish this, however, our politicians have to take a different approach to negotiations with Russia. As Devine puts it, “the charm offensive is not going to work with Putin. It has to be real strength, real power, straight talk.” President Biden is notorious for relying on his charm, so the US must change our strategy quickly or risk making our cyber intelligence, other assets, and position in the world vulnerable.

Devine goes into even more detail about Russia’s cyber capabilities, our ability to counter them, and the inevitability of a conflict in his fascinating book, which I encourage you to read. I hope you will listen to my conversation with Devine and learn more about the delicate relationship we have with Russia.

If the US doesn’t show real strength, it’s likely that Russia will only become more hostile and dangerous.