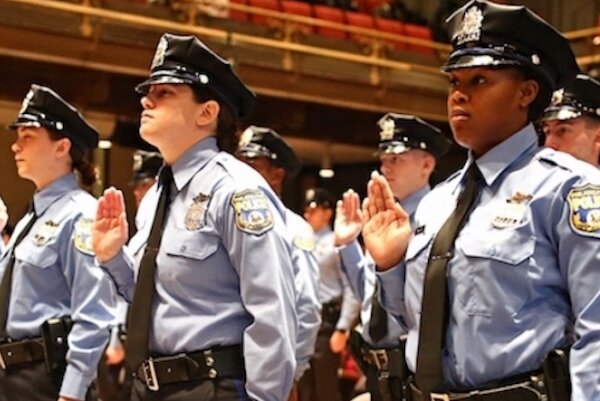 Following a major crime spike in recent years, the Philadelphia Fraternal Order of Police has devised a plan to oust current District Attorney, Larry Krasner, who is a Democrat. In a statement to members late last month, the union president John McNesby asked Republican members to switch their registration to Democrat before the primary election to help elect Krasner’s opponent.

According to the Washington Examiner, Krasner has overseen a “dramatic change” in the prosecution of crime in the city. Under his leadership, the city saw 499 homicides in 2020. This number—up 40 percent from 2019—disproportionately affected black residents, the Examiner reports. Krasner’s policies have been billed as “restorative justice.”

Since his election with the help of George Soros in 2017, law enforcement members have been critical of Krasner’s management. However, an extremely liberal Philadelphia electorate means a GOP challenger would be an unlikely solution. Hoping to overcome this barrier, the union is trying to garner enough votes from its 6,000-plus members to elect Carlos Vega, a Democrat and retired homicide prosecutor. He promises to return law and order to the city.

Philadelphia Republican Bill Lanzilotti explained, “They’d rather have insurance to make sure that no matter who it is, it’s not Krasner. It’s not all this love for Vega. It’s just a ‘never Krasner’ kind of movement.”

In an interesting move, the Philadelphia Democratic Party refused to endorse a candidate for the race despite Krasner’s popularity with party activists. But Krasner seems unphased, explaining, “It is expected. It is exactly what they did last time.”

If successful, this move will be a dramatic showing of political will by GOP organizers within law enforcement. It could also provide a model on which to oust radical leftist officials from cities where Republicans are not a match for Democratic machine politics. Regardless, both parties will be interested in how this strategy plays out.