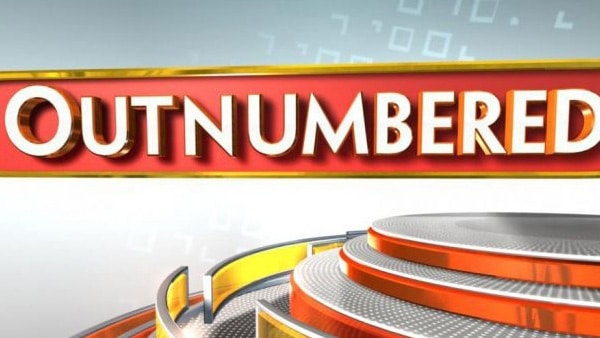 Newt discusses with the panel how our country should approach the protests occurring in Minnesota and in other cities so order will be upheld.

Well, I think you are seeing a war on cops all across the country, and this is a woman who clearly made a terrible, tragic mistake. I suspect that it will haunt her the rest of her life. She is going to be charged, and there is a due process. What is amazing about what is happening right now is you have a trial of the policeman who had been charged with murder. The trial is underway. It is right there in the same metropolitan area, so there is no argument here that the system won’t work. And when police do something wrong, they won’t be tried. But what you also have is people out looting stores, burning down shopping centers. Thrilled at the opportunity to throw things at the police. And this is essentially a war against American civilization by people who, let’s be honest, are looters, not protesters. They are looters. They are criminals. We have to draw the line in Portland and in Minneapolis and not going to tolerate this assault on civilization.

Well, look. It is a complete and total lie. He knows that it’s lie. The first time he’s at it, I think he said it because he was asked by Georgia activist Stacey Abrams, who, by the way, got Jim crow 2 as a website two weeks before the bill was passed. This is an explicit, clear lie. Everything they said about the Georgia law is false. Patently. The Major League Baseball leaving from Georgia, moving to a state that has worse laws. Not better laws. There are eight times as many employees of black-owned businesses as there are in Colorado. So, you are watching the President of the United States consistently, deliberately lie. It is not true. You can go online, you can Google the bill, read it for yourself. The things they say about it are explicitly false. And I can’t understand why you would stake your presidency on being the chief liar.

Well, it doesn’t. You mentioned that President Biden has spoken to Al Sharpton’s action network. Sharpton made a career, became famous over a case which he said it was racial, which in the end turned out to collapse totally and to be alive. So, there are people out there working very hard to turn this into a race issue, to turn it into an anti-police issue, et cetera. We are really in trouble as a country. I think you need to understand that. When you have, for example, Walgreens closing every single drugstore that it owns in San Francisco because the crime is so bad. When you have night after night rioting in Portland. No matter what the official say. When you watch what’s happening right now in Minneapolis or in Brooklyn Center. We need to understand, we have a large number of people who desperately want to find an excuse for tearing apart America. If you go back and look at what AOC actually sent, look at what the squad actually said, they are just falsehoods. They are not true. It is hard to believe that even she believes that this is a planned, deliberate a thing. You have a 26-year veteran who has had to evacuate her house because somebody maliciously pointed out where she lived, and the mob — that’s what it is, so that the mob could attack a policewoman. And I think there is tragedy on both sides her. But we are at a point in this country where one faction doesn’t want tragedy. It wants to create tragedy. It wants to exult in tragedy. It wants to cheer itself by the amount of violence it can create. And we have to confront that sooner or later, that this civilization is going to survive. We are going to have to confront those who would be violent, disruptive and criminal.

Sure. We all understand what the challenge is. You have millions of people, Gallup estimated recently 44 million people around the world who would like to come to the United States because despite our weaknesses, we are a remarkably free country. You are going to be economically better off if you are going to raise your child in El Salvador or Guatemala or if that child have a chance to have a future in the U.S. By every reasonable standard. You are going to decide that you want to live with your uncle or aunt who came here 20 years ago, so there is an entire industry which has grown up. There is at least two cartels now which I’ve given up drug dealing for moving human beings. They charge a standard rate. They tried to make sure that the customers are happy. They get them into the U.S., and the customer agrees to pay a pretty good bit of money. Sometimes because they have relatives here who will pay for them. Sometimes they end up being forced into prostitution or into other activities that are illegal. There is an entire industry to get into the U.S. It is not just the border countries. People from China, India Africa. When we were living in Rome while she was ambassador the Vatican. We saw a huge number of people coming in from Africa. This is a worldwide challenge…