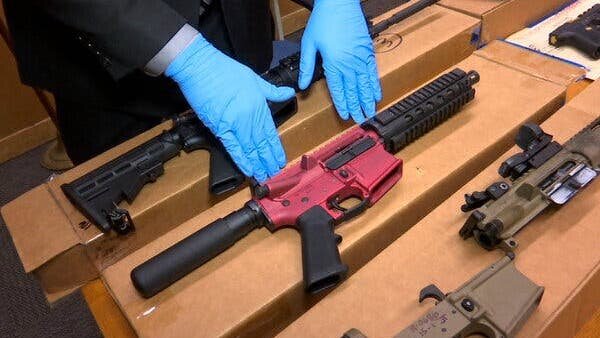 Following a rise in shootings over the past few weeks, Democrats and Republicans in Congress once again butted heads over the issue with no end solution. President Joe Biden now seeks to bypass Congress completely to implement new gun violence laws.

The president’s proposals feature a number of different actions in regards to safety and restrictions. This includes tracking homemade “ghost-gun kits” that have risen in popularity and legislation for states to introduce red-flag laws for acquiring firearms from dangerous individuals. These measures and more have long been called for by gun-control advocates and many Democrats.

It remains to be seen if Republicans will support President Biden’s proposals should any of them end up going to Congress. The National Rifle Association (NRA) has already voiced its opposition towards many of these actions as well. NRA spokeswoman Amy Hunter said the president is focusing on restricting Americans’ rights and “foregoing substantive measures that will actually keep Americans safe.” Only time will tell if each of these parties can come to an agreement on this continually hot issue.

Read more about the president’s gun control plans on The Wall Street Journal.