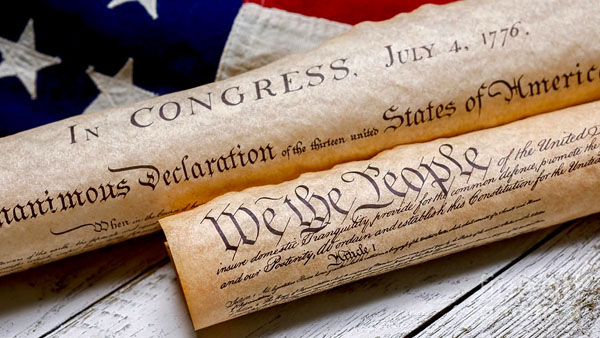 In classrooms and on campuses throughout the United States, many young Americans are learning a distorted view of our nation’s history.  They are often taught to believe that America is a fundamentally flawed nation and incapable of growth or change.

As President Ronald Reagan said, “Freedom is never more than one generation away from extinction. It has to be fought for and defended by each generation.”  In order to defend our freedom each generation must learn what it means to be an American.  Young Americans must learn about America’s founding principles and have an understanding of American history.

On November 2, 2020, President Donald Trump issued an Executive Order that established the President’s Advisory 1776 Commission – which was disbanded by President Joe Biden on his first day in office.  The 1776 Commission’s purpose was to “enable a rising generation to understand the history and principles of the founding of the United States in 1776 and to strive to form a more perfect Union.”

The 1776 Commission issued a report in January 2021 that outlined the founding principles of the United States as enshrined in the Declaration of Independence and the Constitution.  It further described how slavery, progressivism, fascism, communism, racism, and identity politics challenge these values.

The Commission’s report highlighted fundamental American ideals and historical facts about our nation’s founding – rather than partisan ideology.  The Commission also addressed periods in America’s history where the universal truths of equality, justice, and freedom were not upheld.

According to the report, “America’s founding principles are true not because any generation—including our own—has lived them perfectly, but because they are based upon the eternal truths of the human condition.  They are rooted in our capacity for evil and power for good, our longing for truth and striving for justice, our need for order and our love of freedom.  Above all else, these principles recognize the worth, equality, potential, dignity, and glory of each and every man, woman, and child created in the image of God.”

In the spirit of Frederick Douglass, President Abraham Lincoln, and Reverend Martin Luther King Jr., the Commission affirmed that despite our nation’s shortcomings and missteps, America’s founding principles should not be discarded, abandoned, or forgotten.  Rather, American ideals and values should continue to be defended and preserved.

Each generation of Americans are responsible for protecting these values and striving to form a more perfect union as our founding fathers intended.  In a widely celebrated campaign speech in March 2008, President Barack Obama stated, “This union may never be perfect, but generation after generation has shown that it can always be perfected. And today, whenever I find myself feeling doubtful or cynical about this possibility, what gives me the most hope is the next generation — the young people whose attitudes and beliefs and openness to change have already made history.”

This assertion remains true 13 years later.  America is not – nor has it ever been — a perfect nation.  But the United States has always been a shining city on a hill, founded upon the promises of freedom, opportunity, and justice.

The pursuit of a more perfect union requires a truthful understanding of our nation’s history and an unwavering commitment to America’s founding principles.  Therefore, America needs teachers and others to continue the work of the 1776 Commission in their communities, schools, and homes.

It is our shared history – the successes and the failures – that unites us as a nation and gives us hope for a better future.