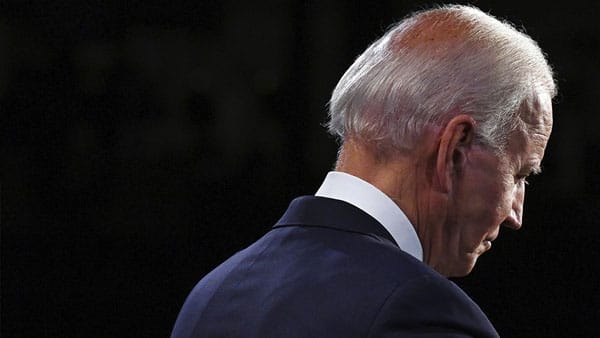 With the exception of the breakout of the Civil War at the onset of Lincoln’s presidency, the Biden administration’s first 100 days have been the most radical in American history.

With the exception of the breakout of the Civil War at the onset of Lincoln’s presidency, the Biden administration’s first 100 days have been the most radical in American history.

The fact is Biden has the third lowest 100-day approval rating compared to every American president since World War II.

The only two presidents with lower approval ratings were President Donald Trump at 42 percent and President Gerald Ford at 48 percent.

For context, President Trump at this stage of his presidency had been assaulted by the international, academic, and media establishments. He had been dealing with a series of lies spread by the elite left — specifically, the Russia hoax.

Ford replaced President Nixon after the Watergate scandal, so he didn’t have to win an election. As a result, he was not well known by the country 100 days into his term.

Yet, Biden, who has been the object of the elite media’s adoration since announcing his run for president, received only a slightly higher approval rating than the establishment’s ultimate challenger and an unknown?

Since January, President Biden and Vice President Harris have put forward a purely radical explosion of ideas and policies that fundamentally break with our American tradition.

President Biden’s actions, statements, and policies have been characterized by a few common themes. The first is a reliance upon a series of big lie campaigns. For example, President Biden condemned Georgia’s new voting law, calling the legislation “Jim Crow in the 21st century” when, in reality, the law expands access to secure voting.

The left’s alternative to the Georgia voting law is H.R. 1, the so-called “For the People Act.” A more accurate name would be the “For the Corrupt Politicians Act” because it is designed to make elections less secure and keep the Democratic Machine in power.

Furthermore, the Biden administration continues to claim that America is a systemically racist country. Following the announcement of the Minneapolis verdict, rather than emphasizing that the U.S. judicial system works, President Biden said that “systemic racism … is a stain [on] our nation’s soul.” Similar statements about America’s systemic racism were made in March in Anchorage, Alaska — not by a U.S. politician, but by the Chinese Communist Party.

Such false statements made by President Biden — and echoed by Vice President Harris, Secretary of State Tony Blinken, and U.S. Ambassador to the UN Linda Thomas-Greenfield — undermine American values. They represent a remarkable departure from President Trump’s America first policy. By putting America down, the Biden administration is putting Americans last.

If it were true that America was systemically racist against minorities, then there likely wouldn’t be an enormous crisis at the U.S. southern border. The Biden administration’s disillusioned border policies that enable and encourage illegal immigration have resulted in the largest influx of migrants at the southwestern border in 20 years. President Biden’s policies (and Vice President Harris’s inaction) have created a humanitarian, health, and security crisis at the border that puts Americans — and migrants — at risk.

The left’s continuous condemnation of the police and the skyrocketing crime rates in U.S. cities also put American lives at risk. As major U.S. cities saw the homicide rate increase by 33 percent last year and police units struggle with rising retirement rates, the radical left called for defunding the police and Biden pushed stricter gun control laws. Clearly the safety of Americans appears to be less important than virtue signaling.

All these policies do harm to America and don’t put Americans first. The Biden administration has already proven to be insufferably, deliberately, and totally dishonest. The past 100 days have been a tale of two stories. One is propped up by the elite media and based on big lies and the arrogance that crazy radical policies are empathetic. The other is rooted in the reality of the concerns and interests of real Americans.

The American people will have to decide which to believe.