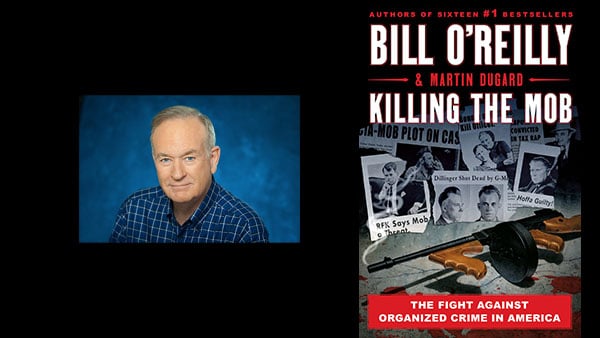 It’s no coincidence that, over the past year, the alarming surge in violent crime across America has coincided with the nationwide campaign to defund the police.

The left’s demonization of law enforcement and efforts to cut funding to police departments have made it extremely difficult for police officers to do their jobs. So difficult, in fact, that many policemen are now retiring.

From the beginning of this year through April 21, 831 officers have already retired or filed for permanent leave from the New York Police Department. And in 2020, more than 5,300 officers retired or submitted paperwork to leave the force — an astonishing 75 percent increase from the previous year.

Much of the violent crime infecting America’s cities today is connected to drugs, which enter our country courtesy of cartels south of the border. Once the drugs are here, they’re distributed by local gangs. A significant amount of crime stems from these gangs fighting for turf, as well as from others addicted to drugs committing crimes in order to get money to buy more drugs.

But there’s a piece to this puzzle that many people don’t know about: the role of organized crime. Once the drugs enter America, the mob are the top-level distributors, regulating distribution on the streets through the local gangs, which give the mob bosses a cut of the earnings.

Meth, fentanyl, cocaine, heroin — these drugs are corrupting our society and having a devastating effect on the nation.

I examine organized crime in America on this week’s episode of my podcast, “Newt’s World.” My guest is Bill O’Reilly, a bestselling author and one of the most intriguing and successful television journalists of our time. We discuss O’Reilly’s newest book, Killing the Mob: The Fight against Organized Crime in America, which comes out on Tuesday.

In Killing the Mob, the 10th book in O’Reilly’s wildly successful Killing series, he traces the brutal yet fascinating history of organized crime in America during the 20th century. It’s shocking to learn just how much power the mob had in the U.S. for decades, and some of the stories of the mob bosses exercising that power are shocking.

O’Reilly details several of these stories, such as Charles “Lucky” Luciano’s role in World War II and the Kennedy family’s intimate relationship with the mafia.

Today, organized crime is certainly weaker than it once was, but that doesn’t mean the mob is gone. Indeed, as the prevalence of hard drugs and drug-related crimes across America shows, the mob is still hurting Americans.

The authorities have the power to stop or at least cut down significantly on this crime. But too often, politics get in the way. Barack Obama said selling hard drugs is not a violent crime — a belief that went on to permeate the left. New York recently tried to get rid of bail. Such positions invite crime to thrive.

Combine softness on crime with hatred of the police, and the result is a political platform that takes the side of criminals over law enforcement.

And the drug traffickers are sitting back and loving it.