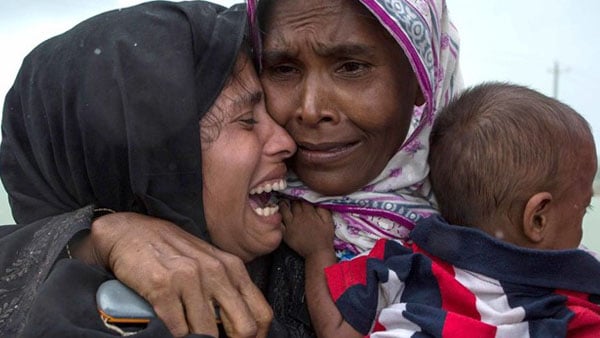 The right to worship freely is often called America’s first freedom.  Our founding fathers understood religious freedom not as the state’s creation but as an unalienable right from God.

This universal right is enshrined in the First Amendment to the U.S. Constitution as well as the 1948 United Nations Universal Declaration of Human Rights, which states, “Everyone has the right to freedom of thought, conscience, and religion.”

Today, however, religious freedom is threatened or restricted entirely for millions of people around the world.  Over 80 percent of the world’s population lives in countries with high or severe restrictions on religious freedom.  In far too many places across the globe, governments and others prevent individuals from living in accordance with their beliefs.

Recent reports by the U.S. Commission on International Religious Freedom and the pontifical foundation Aid to the Church in Need (ACN) found that violations against religious freedom around the world are ongoing and widespread.

Further, ACN recently concluded, “During the period under review, there has been a significant increase in the severity of religiously-motivated persecution and oppression.”  It found that in total, severe violations of religious freedom are taking place in 62 countries around the world.

Moreover, USCIRF and ACN reported that in some countries, the COVID-19 pandemic was exploited to blame, target, and discriminate against minority religious communities, in some cases denying them access to food and medical aid.

As these reports have shown, the denial of religious freedom is not an issue that is unique to any one country or group.  Rather, it is a global challenge that requires strong leadership, bold action, and an unwavering commitment to overcome.

The Trump administration also launched the International Religious Freedom or Belief Alliance, a group of 32 countries committed to protecting religious freedom or belief.

Moreover, Secretary of State Mike Pompeo hosted two Ministerials to Advance Religious Freedom in 2018 and 2019, bringing together leaders from around the world to promote and protect religious freedom.

While I served as the U.S. Ambassador to the Holy See from 2017-2021, the U.S. Embassy to the Holy See worked diligently with our partners and allies to advance and defend religious freedom.

As religious persecution and repression continue to be widespread, protecting international religious freedom should remain a U.S. foreign policy priority.  The Biden administration should build upon the work of the Trump administration to defend this fundamental human right.