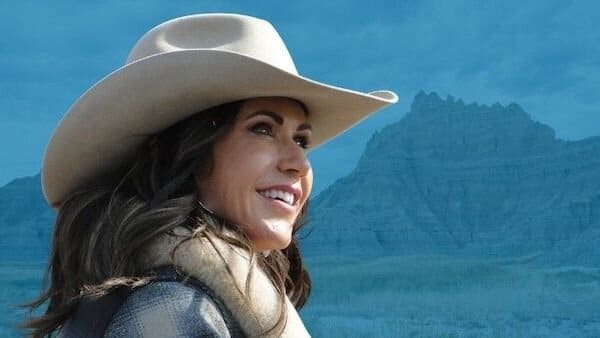 When South Dakota Gov. Kristi Noem was 22 years old, her father was killed in an accident on her family’s farm. The tragedy upended her life. Noem ended up leaving college and coming home to take over the family business, one of the largest farming operations in the state of South Dakota.
The situation was overwhelming for a grieving young woman who had more than enough on her plate. And then came the death tax.
Noem and her family got a letter in the mail from the IRS saying they owed a significant sum of money to the federal government precisely because a family tragedy had just occurred. They had land, cattle, and machinery but no money in the bank. What were they to do?
Noem told me this story as a guest on this week’s episode of my podcast, “Newt’s World,” explaining that her firsthand experience with death taxes ultimately spurred her to get involved in politics. But what really matters is the lesson she learned from this experience: We need more normal, everyday people running businesses to get into politics and influence policy.
She’s right. After a time, career politicians in Washington inevitably lose touch with the ordinary, hardworking American. Just look at President Biden, whose policies are going to make every American pay higher taxes through inflation.
Indeed, gas prices are skyrocketing across the country. In a state such as South Dakota, where many people need to drive 30 miles to the grocery store and 40 miles to work, high gas prices are devastating. As Noem explained, many Americans will need to decide between filling up their gas tank and going out to eat once a week or buying their kid those new shoes they need to play basketball.
Normal people understand these kinds of decisions and are more cognizant of the ways in which policies affect their constituents’ daily lives.
Normal people are also patriotic and appreciate living in America —unlike so many of our elites. Noem and I discussed the importance of teaching American history in our schools and how the left is trying to rewrite history to demonize our country.
Noem is well aware of the need to combat efforts to distort and even erase our history —especially the accomplishments of the Founders. Which is why, this past week, she announced that she signed a pledge to restore “honest, patriotic education” in our schools. This is a noteworthy effort that bears close watching. As President Ronald Regan said in his farewell address, teaching American history is crucial to the survival of our experiment in self-government of, by, and for the people.
I hope you will listen to this week’s episode to hear not only how a rising star in the Republican Party is governing her state but also the lessons she learned on the ranch. We need more politicians to think like ranchers and business owners, not like politicians.