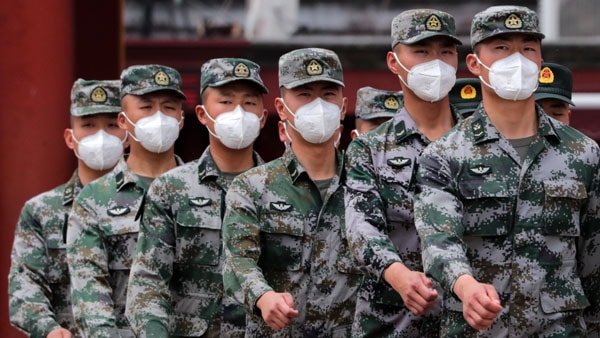 In the wake of the COVID-19 pandemic as the United States rapidly distributed emergency loans as part of the Paycheck Protection Program (PPP) to help struggling businesses, Chinese Communist Party (CCP) dictatorship saw an opportunity for American money and took it.

Even though the Chinese Communist Party (CCP) is responsible through its laboratory in Wuhan for the global outbreak of the COVID-19 pandemic, the Communist totalitarian dictatorship has turned this worldwide crisis into a great benefit.

In the beginning of the pandemic, Communist China – as the world’s dominant medical supply manufacturer – hoarded and later sold critical medical products to countries crippled by the pandemic. China’s “vaccine diplomacy” continues to advance its Health Silk Road as it exports hundreds of millions of copies of its vaccines abroad, while chiding Western countries for “vaccine nationalism.”

Further, as countries responded to the pandemic, Chinese and Indian troops clashed along the disputed border in the Himalayan region, China escalated tensions in the illegally-claimed South China Sea, further tightened its totalitarian control over Hong Kong, and militarily provoked Taiwan.

Similarly, in the wake of the COVID-19 pandemic as the United States rapidly distributed emergency loans as part of the Paycheck Protection Program (PPP) to help struggling businesses, the dictatorship saw an opportunity for American money and took it.

According to a Horizon Advisory report by Emily de La Bruyère and Nathan Picarsic, as much as $419 million of PPP funds were awarded to companies that were owned or invested in by entities in Communist China. To be clear: Due to the nature of the totalitarian system in China, there is no such thing as a wholly independent business that is free from the supervision and control of the Chinese Communist Party.

From a sample of PPP recipients, de La Bruyère and Picarsic identified more than 125 recipients of emergency loans from the Small Business Administration and Treasury Department that the Chinese dictatorship’s entities owned or invested in. More than $1 million in loans were secured by at least 32 entities controlled by the Chinese government.

The report stated, “These [People’s Republic of China] entities span State-owned enterprises (SOEs); companies with ties to China’s military and military-civil fusion programs; companies that the US government has identified as national security threats; companies complicit in China’s genocide against the Uighur minority in Xinjiang; and media outlets owned by, or that take direction from, the CCP.”

For example, the United States Department of Defense has published a list of companies that it has identified as being connected to Communist China’s military, the People’s Liberation Army. At least eight entities affiliated with companies on the DOD’s list received Paycheck Protection Program loans.

Many of these industries are critical to the Chinese Communists for advancing their Made in China 2025 industrial plan, which aims to make China the world’s dominant high-tech manufacturer. The plan emphasizes 10 key sectors, including: new generation information technology; maritime equipment and high-tech ships; high-end computerized machines and robots; aerospace; new energy and energy-saving vehicles; energy equipment; and biopharma and high-tech medical devices.

It is a tragedy that loans intended to help save American businesses ultimately aided Communist China in advancing its goal of replacing America as the most powerful country. But to be fair, these hundreds of millions of dollars weren’t stolen – the money was freely handed over due to the absence of proper protections.

First, the Small Business Administration should work with outside researchers and experts, such as Horizon Advisory and RWR Advisory Group, to put together a list of known China-affiliated companies and ensure these loans are repaid in full.

Second, the Small Business Administration and Treasury Department should put more protections in place to ensure that loans are not awarded in the future to entities affiliated with American adversaries.

American businesses should not be second fiddle. It is the responsibility of the US government to ensure the security of Americans in times of crisis, not enable our cleverly opportunistic adversaries to profit.

The United States Government must act now to develop the systems that will ensure the American taxpayers are not subsidizing the very dictatorship which wants to defeat them.