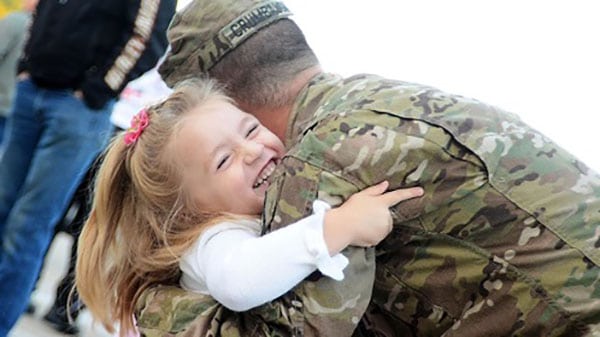 Every third Saturday in May, America comes together to celebrate Armed Forces Day in honor of the brave men and women who serve in the U.S. military.

May 15, 2021 is the 71st anniversary of the establishment of Armed Forces Day.  This commemorative holiday was established by President Harry Truman in 1950 following the passage of the National Security Act in 1947.

At the end of World War II and the onset of the Cold War, the United States Congress and the Truman administration recognized that an overhaul of our national security, intelligence, and defense apparatuses were needed for America to defeat the expanding threat of communism.  The National Security Act established the National Security Council, the Central Intelligence Agency, the Department of Defense, and the Department of the Air Force.  It also unified and restructured the U.S. military by moving the War Department, Navy Department, and Air Force under the direction of the new Department of Defense.

To recognize the unification of America’s forces under the National Security Act, the establishment of the joint Armed Forces Day was announced by Secretary of Defense Louis Johnson on August 31, 1949.  President Truman issued a Presidential Proclamation on February 27, 1950 that created the first Armed Forces Day.

Truman’s Presidential Proclamation declared, “Armed Forces Day, Saturday, May 20, 1950, marks the first combined demonstration by America’s defense team of its progress, under the National Security Act, towards the goal of readiness for any eventuality.  It is the first formal procession of preparedness by the unified forces of our land, sea, and air defense.”

The establishment of Armed Forces Day marks the modernization of the command of the U.S. military – the greatest military force in the world.  Since the Continental Army was formed in 1775, the U.S. military has significantly grown and evolved to meet modern challenges.  Over the past 246 years, the valiant men and women of the U.S. military have confronted the most dangerous threats to America, our freedoms, and our values.  Our military men and women at home and abroad today carry on the legacy of the American heroes who won our independence from the British, defeated fascism in Europe, defied the expansion of communism, and confronted radical terrorism in the Middle East.

It is because of the dedication, hard work, and commitment of the U.S. military that America stands ready to meet any challenge.  With the establishment of the Space Force as the 7th military branch in 2019, the U.S. military is equipped to continue to defend against threats to the United States that may emerge in the 21st century and beyond.

The security of our freedom, democracy, and homeland are made possible through the selfless courage, patriotism, and sacrifice of the American heroes in the U.S. armed forces.  We invite you to join us in thanking the members of our U.S. military on this Armed Forces Day.  May God continue to bless our American military heroes and their families.