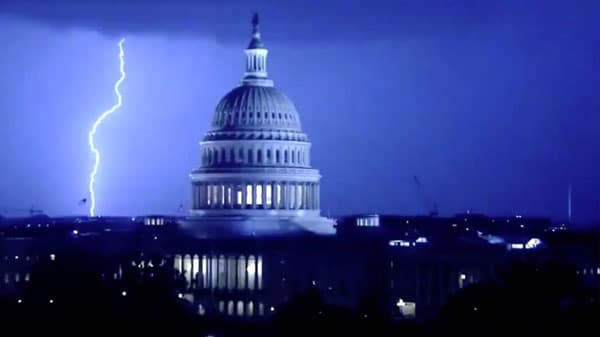 The challenge for Republicans is to ignore the Washington gossip and focus on the potentially giant hurricane of anti-leftwing repudiation looming on the horizon. American reality must drown the Washington reality.

Washington reality reflects the fevered conversation over lunch, cocktails, and dinner between the Washington press corps, lobbyists, and government officials.

Washington reality reflects the narcissistic self-absorption of the Imperial Capital.

Rep. Liz Cheney’s fate consumes days and days of gossip and speculation. Is her dismissal as House Republican Conference Chair a sign of House Republican unity or an alienating event that will weaken the GOP?

House dictator Nancy Pelosi’s fight over wearing masks with pro-freedom Republicans is a major chapter in the evolution of Washington.

Washington says when 35 House Republicans bolt to vote with Democrats for the Pelosi Commission to investigate Jan. 6, it brings into question Republican Leader Kevin McCarthy’s control of the House GOP. Of course, when McCarthy gets Senate Republicans to agree to block the investigation, it highlights Speaker Pelosi’s partisanship and failure. Which narrative is more important?

All these Washington-centered conversations are like a mild spring rain behind which a mammoth hurricane is building.

That hurricane is the concerns and attitudes of the American people over what’s happening in the American reality.

The fiercest band of the hurricane is the looming acceleration of inflation. One report compared the average price of various commodities in May 2020 under President Donald Trump to those in May 2021 under President Joe Biden. Here are some staggering numbers: 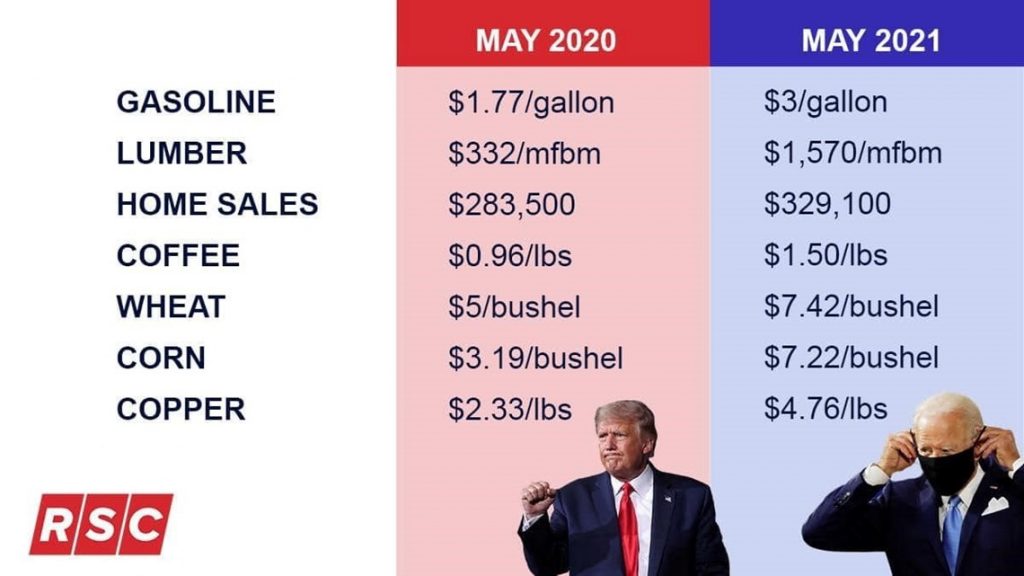 This is an exhaustive list – verging on overkill because I want to drive home that the rising inflation is across the board. Yes, some of the increase in prices is due to pent up demand and hamstrung supply chains. However, the sheer volume of cash the government has poured into the economy over the last year-and-a-half is now driving rising costs. The inflation rate has tripled from 1.4 percent in January to 4.2 percent in April.

The gas lines triggered by the hacking of the Colonial Pipeline (probably by a Russian-based group) led millions of Americans to flashback to the President Jimmy Carter years. One woman said to me, “I remember sitting in line with my parents as they hoped to get gasoline before the station ran out.”

Inflation is real in people’s lives. The Cheney gossip, the Pelosi Commission, and the squabble over masks on the House floor simply do not matter. Washington trivia is in the Washington reality – not in American reality.

The behavior of the schools, however, is part of the American reality, because it affects people and their children.

First, the culture of work in America is built around the assumption that schools would be available to watch children. When this breaks down, American lives are reshaped in a way which particularly impacts women, who are the most likely to stay home with children. (This is not a statement of misogyny or any sort of “ism,” it is a statement of American reality.)

Second, the quality of education will affect children for their entire lives. The decay of the big city schools has been devastating for poor children. The current pattern of trying to eliminate magnet schools so no one will feel bad because all will be equally mediocre is a mortal threat to the economic future of American children.

Third, the new cycle of radical indoctrination of left-wing values about race, American history, sexual issues, and “wokeism” directly threatens parents, who find their own personal beliefs being ridiculed and attacked by teachers who are authority figures in the classroom.

The erosion of education and teachers’ union arrogance, radicalism, and incompetence are driving more and more people to favor the right to pick what school they send their children to (81 percent of Americans favored school choice in a recent McLaughlin & Associates survey).

It is this gap between the triviality, pettiness, and partisanship of the Washington reality and the personal impact of American reality which explains why – despite everything the media has done to prop up Biden and the Democrats – two polls in the last week (one Democrat and one Republican) have shown the generic vote for the House tied.

Larry Sabato now has 19 incumbent Democrats in toss-up races and only two Republicans.

If inflation, education, and other real-world issues continue going badly for the Democrats, the Washington reality will be drowned by the American reality. In that world, McCarthy will be Speaker of the House and Sen. Mitch McConnell will once again be Majority Leader.

The challenge for Republicans is to ignore the Washington gossip and focus on the potentially giant hurricane of anti-leftwing repudiation looming on the horizon. American reality must drown the Washington reality.