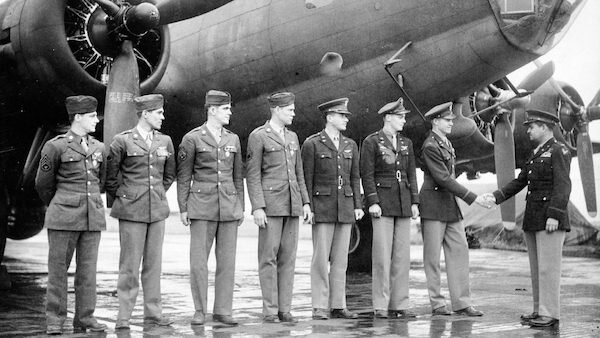 At its core, war is a contest of wills, and one side wins by imposing its will on the enemy. That was the case in ancient times and remains true today.

Throughout history, the process of imposing one’s will on the battlefield has been brutal and savage. But as military technology advanced during the 20th century, some military officers and strategists began wondering if these innovations could be used to make war less lethal.

In the years leading up to World War II, a group of American military men dubbed “The Bomber Mafia” asked this exact question. Led by Gen. Haywood Hansell, this group believed aircraft might be the answer. Specifically, they thought precision bombing from the sky could destroy key strategic targets, such as industrial hubs, without killing unnecessarily.

It was a kind of idealism: war without casualties (or at least limited casualties) — an idea that continues to attract some military thinkers today.

After World War II, the foundational ideas of The Bomber Mafia influenced military thinking and changed the role of air power. But during the war, Hansell’s theories didn’t work. His rival of sorts, the brilliant Gen. Curtis LeMay, a pragmatist, won out and deployed air power in a different way.

LeMay realized that when American planes dropped bombs from a high altitude, the jet stream carried them off target. So, LeMay had the bombers fly low and adopt more of a scorched-earth policy. He understood better than most that war is about imposing your will, and he felt the moral way to wage war was to end it as quickly as possible.

His pragmatism also led to the deadliest night of World War II: America’s bombing of Tokyo in March 1945.

Judging morality in war, especially in hindsight, is always difficult and poses questions that we continue to face in the year 2021.

I discuss the intersection of technology and morality in the heat of war on the latest episode of my podcast, “Newt’s World.” My guest is Malcolm Gladwell, the bestselling author who just wrote a book on this subject titled, The Bomber Mafia: A Dream, a Temptation, and the Longest Night of the Second World War.

This topic is as relevant as ever as America determines how to exercise global leadership and protect its interests without getting bogged down in wars that cost unnecessary blood and treasure. With today’s technology, we should continue to search for tactics and strategies that reduce the risk to American soldiers and minimize the chance of harming civilians. Air power helps but it’s no panacea.

Indeed, as LeMay knew well, war is by definition violent, and we need to have a clear-eyed view of what it takes to win, should we get involved.